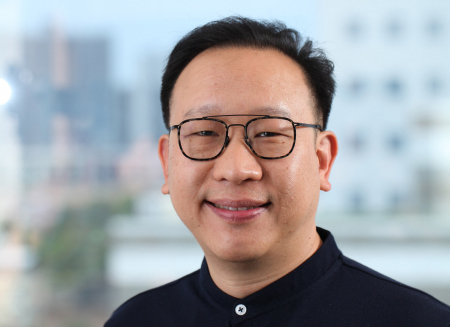 JWD has intensified its campaigns aiming to attract the modern generation to their self-storage business. The company is expecting to open two new sites by year end to raise its capacity to 20,000 square metres and secure the market leadership.

In response to the warm welcome it received over its Sri Kreetha and Siam sites, JWD is taking steps to expand its offerings of private and secure storage spaces by opening two new sites – at Thian Ruan Mit and Ram Inthra.

It is planning to then open additional sites yearly in a drive to reach beyond 20,000 sq m by 2022. Phase 2 of the Siam site will also be launched to provide safe boxes for rent that satisfy international standards and are equipped with a modern security system.

Charvanin Bunditkitsada, the CEO and executive chairman of JWD InfoLogistics Public Co Ltd (JWD), a leading logistics and supply chain solution in Asean, said the company got a warm welcome for its Sri Kreetha and Siam sites. The first, on Krungthep Kreetha Road)  has already achieved an occupancy of 90 per cent, and the second at Zy Walk has gone beyond 70 per cent and is planning a new phase.

JWD is working to expand its self-storage operations under the name JWD Store It! by increasing the space available for the modern generation who live in housing or condominium units with limited space, but need rental storage space that is separate from their living space.

In the last quarter of this year, JWD will open two JWD Store It! Sites – Thian Ruam Mit with total rental space of Bt2,000 sq m, and Ram Inthra with 1,800 sq m of space. They would increase the service areas covered, particularly in Ratchadaphisek, Huai Khwang, Rama IX, Ekkamai-Ram Inthra and Kaset-Nawamin. The new spots would attract the interest of those who live in the areas, as well as  those SME and e-commerce operators who require storage space that meets the applicable standards and offer a high security level and 24-hour accessibility.

The company benefits from the know-how of Store It Management, its Singapore partner.

“We believe that self-storage is a promising business. It is present and thriving in several major cities and countries, including Singapore, Hong Kong, and Japan,” said  Charvanin. “We will open a few more sites every year, especially in the densely populated inner areas of Bangkok, such as Yaowarat and Sathon.”

The CEO added that apart from opening new sites, JWD will offer new solutions that will meet users’ demands, including launching in September the second phase of the Siam site of JWD Store It! that will provide more than 2,000 safe boxes for rent primarily to those seeking space for storing valuables, as safe boxes are currently not sufficiently supplied at banks.

For the safe box service, the company will satisfy the International Vault Standard Class A, with reinforced concrete walls, a fire prevention system and a state-of-the-art security system that will employ biometric scanning equipment for fingerprints and facial recognition, as well as  anti-trespass tools and security guards on a 24-hour basis.