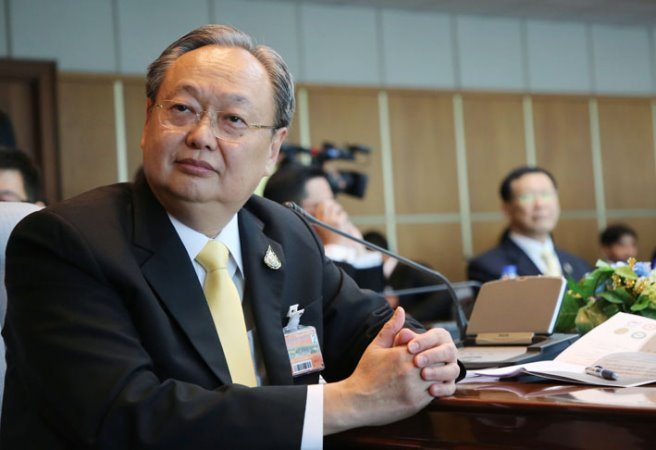 Energy Minister Sontirat Sontijirawong plans to propose a new draft at the Energy Regulatory Commission’s meeting in September for future policies that will allow local communities to participate in electricity generation.

The minister also aims to boost alternative energy resources such as solar cell, biomass and biogas. Once his proposal is approved, he said he will release more details of the plan and procedure.
Sontirat also discussed his plan with leaders of the National Energy Reform Committee on August 21, and all attendees agreed that the generation of alternative energy will strengthen the economy at the grassroots level. The minister also plans to set up an advisory committee comprising representatives of related agencies as well as four members of the energy reform committee.
Separately, the National Energy Reform Committee gave Sonti a petition on the following issues:
1. Retail price of oil should not be based on Singapore’s price and the price calculation must be improved so it is fair;
2. Concerns about Thailand-Cambodia territorial claims, as Thailand may lose rights on the area if it agrees it is overlapping;
3. Corruption in the bidding for Erawan and Bongkot gas fields, which are allegedly not operating for the sake of Thai people;
4. Listing the PTT Oil and Retail Business Co Ltd (PTTOR) in the Stock Exchange of Thailand may be against the law;
5. The national electricity generating plant must generate more than half of all the electricity consumed in the country;
6. Investigation into the Rolls-Royce corruption case must be speeded up as it involves the state-owned energy company.