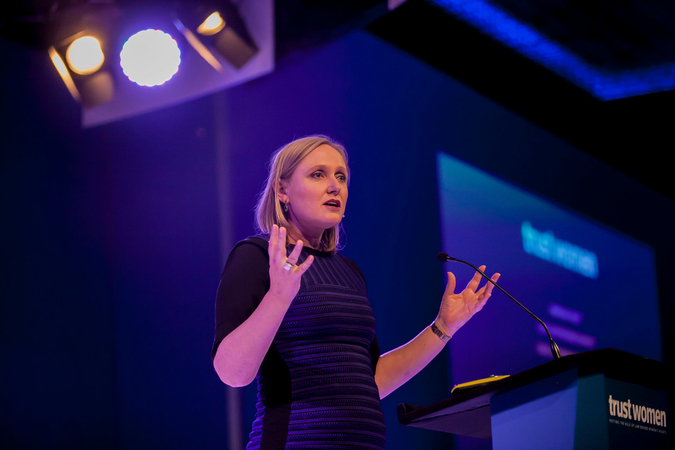 Thai Union Group's Global Director of Corporate Affairs and Sustainability Dr. Darian McBain has been recognized as one of Asia’s Top Sustainability Superwomen for driving positive change across the global seafood industry.

McBain was among 27 outstanding women leaders from 11 countries selected on the annual listing of exceptional female sustainability leaders in the region. They were chosen out of 126 nominations from 20 countries across Asia.

A Sustainability Superwoman is someone who is leading change through sustainability strategies and initiatives both within and outside of her organisation. An international jury reviews and assesses the nominations to identify the winners.

Asia’s Top Sustainability Superwomen is a non-profit project initiated by CSRWorks International. Its purpose is to recognise and honour the contribution of exceptional women leaders who are driving change to make the world a better place.

“We’re delighted to see Asia’s Top Sustainability Superwomen go from strength to strength. These women have led the way on sustainability and diversity throughout Asia. We hope that by celebrating their numerous achievements we will inspire more women to become future sustainability leaders,” said Rajesh Chhabara, managing director of CSRWorks International, said,

“It’s such an honour to be recognised alongside the other 26 inspiring women who are all providing incredible leadership in sustainability across Asia,” McBain said. “This award is also recognition of the efforts by the entire team at Thai Union, who are working every day to make the global seafood industry and our oceans more sustainable”

The recognition for Dr. McBain comes as Thai Union continues to drive positive change across the sector. Last year, Thai Union was ranked number one in the world in the Food Products Industry Index of the Dow Jones Sustainability Index (DJSI); joined forces with the Global Ghost Gear Initiative (GGGI) to collaborate in actively promoting solutions for reducing plastic waste and the growing problem of abandoned, lost, and discarded fishing gear (ALDFG) worldwide; and released its first annual Tuna Commitment Progress Report as part of its ambitious strategy to ensure 100 percent of its branded tuna is sustainably sourced.