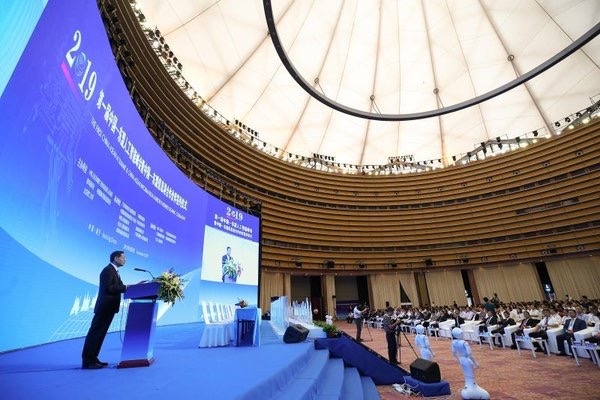 Artificial intelligence (AI) is widely considered a driving force to promote better development of the China-Asean Free Trade Area among attendees at the First China-Asean AI Summit, held on Monday

The robust trade benefits from the widely applied AI technologies. For example, the owner of a fresh melon chain store in Zhengzhou, central China's Henan Province can directly learn the growth status of the dragon fruit, the brand and dosage of pesticides used in the orchard in Thailand, through Hikvision's cameras installed in the orchard.

Apart from the agricultural field, AI technologies have also been applied in the disaster relief field.

While Laos was reeling from serious flooding in July 2018, an auxiliary dam of a hydropower station under construction in Attapeu Province collapsed, leaving numerous people homeless.

Thanks to the unmanned aerial vehicle (UAV) control mapping technology provided by a Chinese company and the AI data analysis, the relief team in Laos discovered many disaster-stricken areas that were not found before, and saved many trapped villagers after re-planning the route.

Chairat Porntipwarawet, consul-general of Royal Thai Consulate-General in Nanning, said  the platform for Asean and China to interconnect and cooperate in the AI field is extremely important as it will provide new development opportunities for enhancing the well-being of both sides.

At the summit, the China-Asean financial information service platform was launched, which many experts believe will provide an important channel for the "precise docking" of the finance and real economy within the China-Asean Free Trade Area.

It will not only serve the business development between China and the Asean, but also help promote the people-to-people exchanges between the two sides.