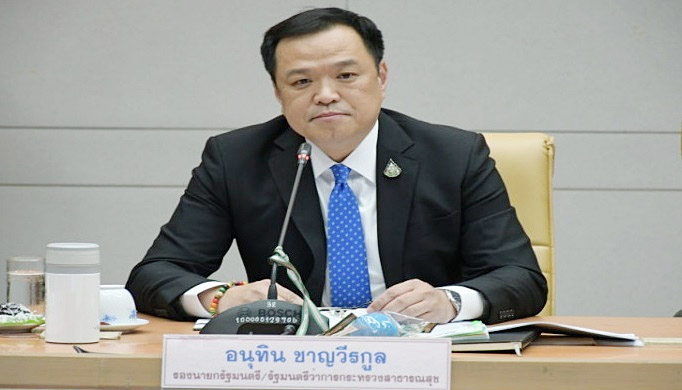 Deputy Prime Minister Anutin Charnvirakul said he remains confident that the consortium led by Charoen Pokphand Group will show up on the deadline of October 15 to sign with the State Railway of Thailand (SRT) on the contract to develop the high-speed train project linking the three major international airports.

He added that if the consortium failed to meet the deadline, it could be blacklisted. Partners in the consortium would also be affected accordingly when they bid for other state projects in the future.

The committee tasked with overseeing bidding for the high-speed train project, has set October 15 as deadline for the signing.

The CP-led consortium proposed the lowest bidding price. If it failed to seal the deal with the state agency  on that date, it might risk being considered as abandoning the project.

In the event of the signing being delayed, Anutin said, it could undermine the confidence of potential  investors in the Eastern Economic Corridor (EEC).

The EEC covers the three provinces of  Chachoengsao, Chonburi and Rayong.