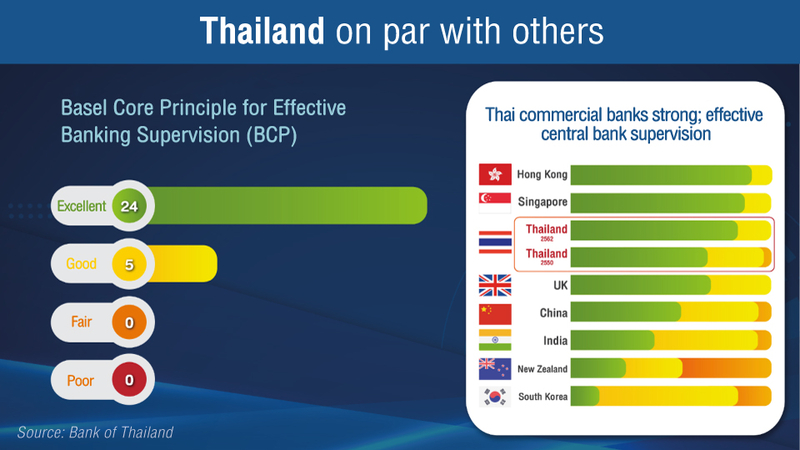 The International Monetary Fund (IMF) and the World Bank (WB) have said they are happy with the Bank of Thailand (BOT)’s supervision of commercial banks, though they are urging it to strengthen the overseeing of state-owned banks and savings cooperatives. 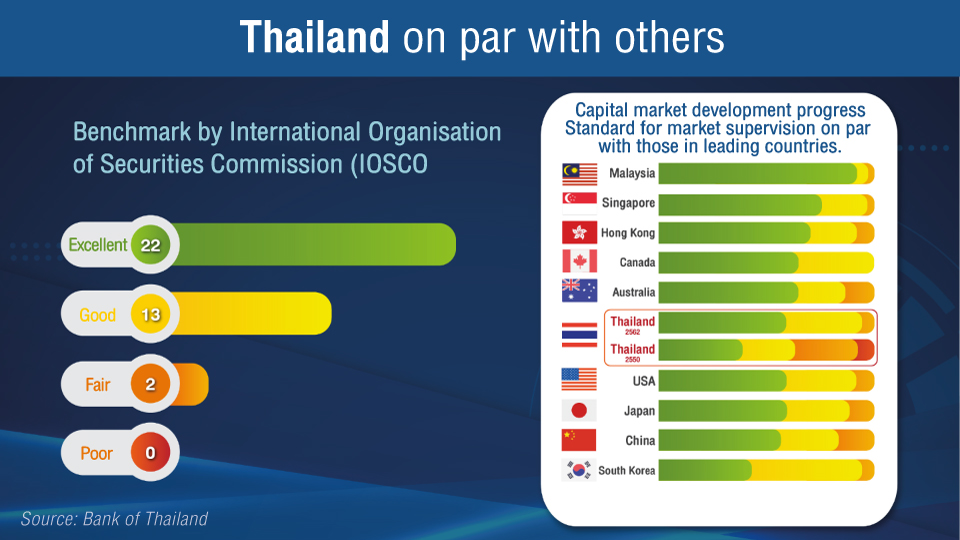 The two global institutions are also concerned about high household debts in Thailand and have suggested that regulators implement more preventive measures to ensure the stability of the financial system. 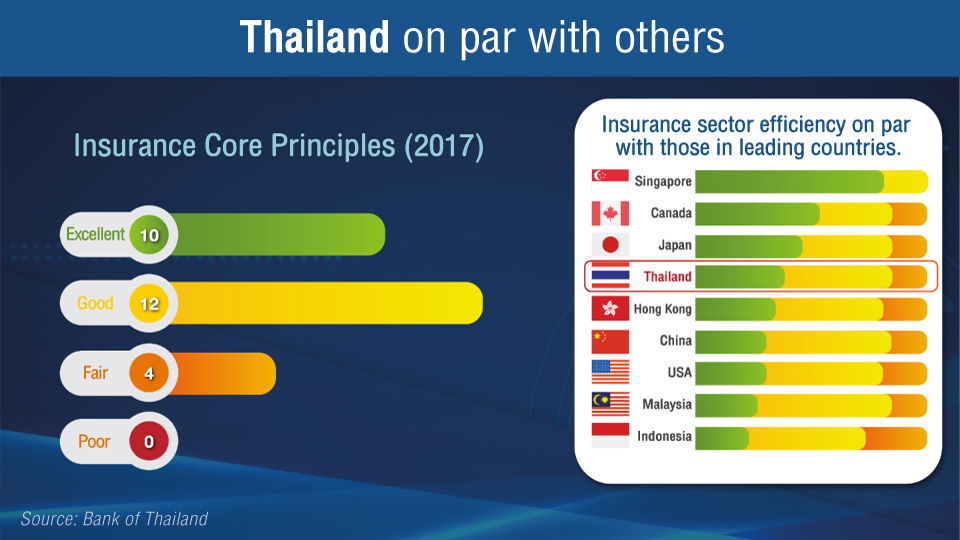 BOT governor Veerathai Santiprabhob on Monday (October 7) revealed the outcome of the Financial Sector Assessment Program (FSAP) conducted by IMF and WB, saying Thailand’s financial system is strong and can withstand market volatility well, while the standards of regulating the market is on par with those in developed countries.

Over the past 10 years, commercial banks have played a key role in the financial sector, while capital market and insurance sector have grown significantly.

“Overall, the country’s financial system has achieved stability, but there are some weak areas that need to be improved,” Veerathai said.

“The weak spots include the fragility of households due to high debts, and the two global institutions have suggested that Thailand implement more preventive measures or a so-called macroprudential policy to ensure the debt problem does not spread to wider sectors of the economy,” he said.

As for effective banking supervision, the central bank has won an excellent score in 24 key areas and a good score on five out of a total of 29 calibrations.

Meanwhile, IMF and WB are urging BOT to strengthen its supervision of state-owned banks, also known as specialised financial institutions (SFIs), and savings cooperatives on par with its supervision of commercial banks. The institutions also urged the central bank to implement more preventives measures to ensure the stability of SFIs and savings cooperatives, as well as establish a committee that is in charge of ensuring the country’s financial stability.

The BOT, meanwhile, will assess risks in the financial system using a forward-looking approach to ensure the system can cope with changes in the future, understand how new risks may emerge and how regulators can handle them.

“The BOT will work closely with related regulators in order to better understand financial risks and adjust regulations in time to guard financial stability in a sustainable manner,” he added. 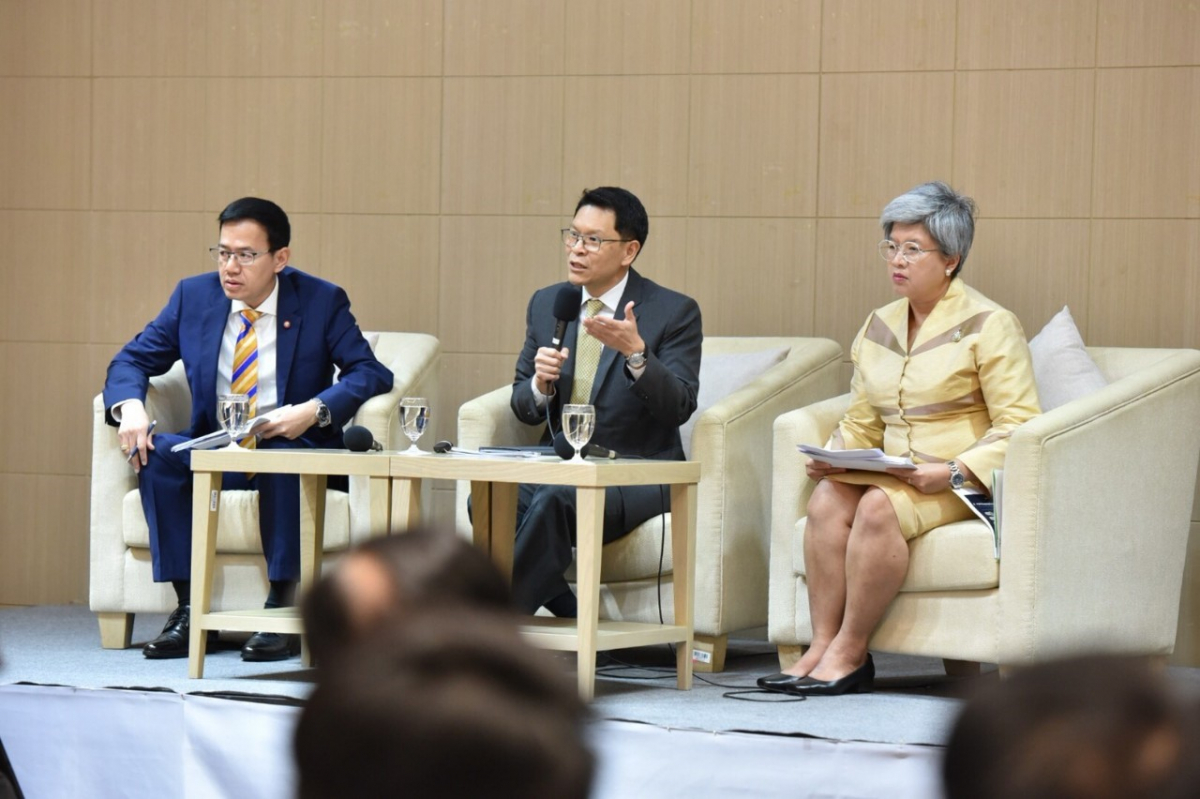 Apart from BOT, the IMF and the World Bank also evaluated the other two major financial market regulators, namely the Securities and Exchange Commission and the Office of Insurance Commission.

The FSAP aims to promote prudential supervision, strengthen financial systems as well as boost confidence in the local financial market and the economy as a whole.