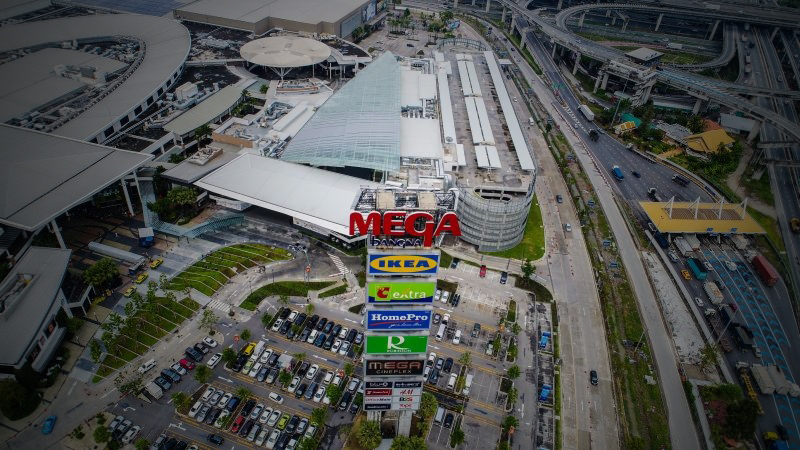 SF Development is preparing to build Mega City around Mega Bangna to support a range of public utilities include the Yellow Line monorail linking Bangna to the centre of Eastern Bangkok, the company’s chief executive Papitchaya Suwandee announced this week.

The new development has so far see the construction by Areeya Property of two condominium projects, consisting of 1,328 units at A Space Mega worth Bt2.8 billion and A Space Mega 2 with 1,001 units and a project value of Bt2.458 billion.

Over the past 7 years, the Bangna area has shifted from a residential area to a “hub”, a new business centre that has attracted investment from many real estate developers. The Mega City Project, SF says, will not require too much investment due to plans for the development of public utility infrastructure by the government. The company is now inviting investment in the project whether for the purchase of land, long-term rental and project development.

Part of the Mega City project is the successful Mega Bangna shopping centre, which is expected to attract 4.5 million people this year, up from 3.8 million in 2018. Average spending has increased to Bt3,500 per receipt from the original Bt 1,000 in 2017 while the average monthly income of families who shop and eat at Mega Bangna is Bt150,000.

Pitchaya said investment in the Mega City project meets the demands of investors interested in the business growth of Bang Na district.