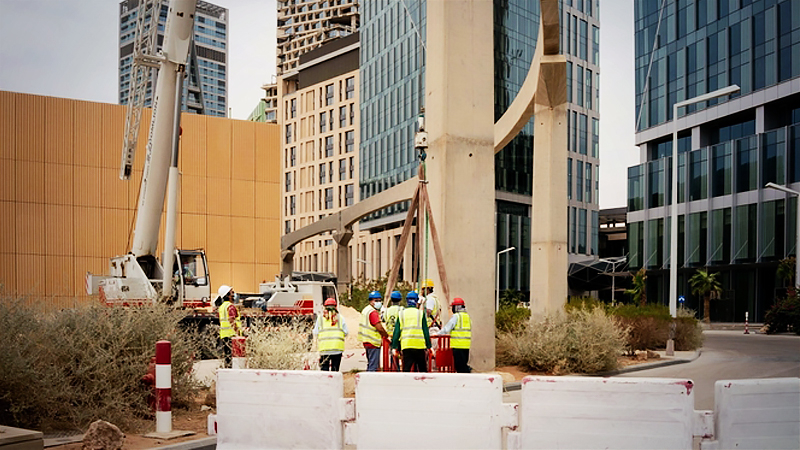 Saudi Arabia unveiled a $13.3 billion stimulus package to protect banks against an expected drop in profits and rise in bad loans as they confront the double whammy of the coronavirus shock and lower oil prices.

The move by the central bank, the Saudi Arabian Monetary Authority, will help lenders amend and restructure loans, without additional fees, and support private sector employment and credit. It follows a 50-billion-riyal ($13.3 billion) program in March to help banks provide loans to businesses so companies didn't have to cut jobs.

Saudi Arabia's non-oil economy is expected to contract for the first time in over 30 years. Lenders in the world's largest oil exporter -- already dealing with a fragile economy before this year's crisis -- are expected to be hit hard as lockdown measures and lower government spending impact earnings and increase defaults.

Central banks around the world in recent months have unveiled emergency stimulus packages after the pandemic forced authorities to restrict international travel and shut down large parts of their economies. Turkey unveiled its most expansive credit incentive scheme in four years to help the economy, with the nation's three largest state-owned banks offering mortgages, loans for used cars, credit for home appliances, holiday packages and other products.

Saudi Arabia's injection "shows that SAMA is committed to support the sector beyond SMEs in this unprecedented crisis," said Edmond Christou, a banking analyst at Bloomberg Intelligence. "This is likely to boost liquidity at no cost and mitigate part of the pressure on banks from relief repayments or debt restructuring to sectors beyond SMEs."

Dollar-forwards for the Saudi riyal fell, with 12-month forwards dropping to 94, from 107.5 on Friday, the lowest since April 15, according to data compiled by Bloomberg. The kingdom's dollar-denominated bonds strengthened for the first time in four days. The yield on the debt due 2060 fell 4 basis points to 3.96%.

The Tadawul Banks Index, composed of 11 Saudi lenders, rose as much as 0.9%, while the broader gauge in Riyadh climbed as much as 0.8%. On top of the stimulus package, the gauges were helped by a 7% increae in crude.

Banks in the kingdom have so far been able to avoid liquidity issues. The statutory loan-to-deposit ratio fell to 78.5% at the end of April, partly due to the slowdown in new lending.

The measures are "helpful" but "irrelevant" for most companies, Tarek Fadlallah, head of Nomura Asset Management's Middle East unit, said on Twitter.

The government is looking to its largest-ever debt program to keep the depletion of reserves limited to 120 billion riyals, as originally planned in the budget. The kingdom has also turned to austerity measures and tripled the value-added tax in an attempt to cope with the impact of the coronavirus pandemic and the oil-price rout, which has cut deeply into government revenue for the kingdom.

In a statement over the weekend, Finance Minister Mohammed Al-Jadaan said the government had transferred around $40 billion from the central bank's foreign currency reserves to the sovereign fund in March and April to enable it to take advantage of recent market turmoil.

Saudi Arabia's fiscal deficit this year is set to widen to nearly 13% of gross domestic product, according to the International Monetary Fund. Gross official reserves are set to drop to around $456 billion this year, continuing the trend into 2021, when they're estimated to reach just over $409 billion, IMF projections show. At the end of April, the central bank's net foreign assets stood at $443 billion.

Bloomberg's Filipe Pacheco and Netty Ismail contributed to this report.