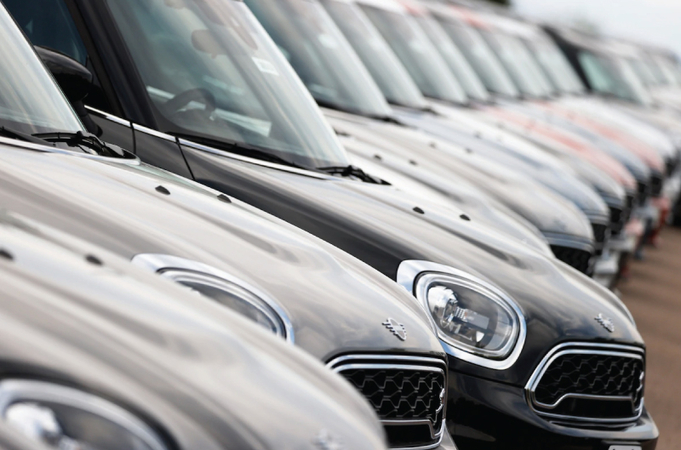 Retail sales inched up 1.2% in July as Americans loaded up on electronics

Consumers pulled back on big-ticket items like cars, building materials and sporting goods in July, but spent more on food, gasoline, and health and beauty products, according to numbers released Friday by the U.S. Commerce Department. Spending increases were generally modest, with one exception: Electronics and appliance stores grew 23 percent from June as families stocked up on laptops, headphones and webcams to prepare for a virtual start to the school year in many parts of the country.

"Gains were extremely uneven," Diane Swonk, chief economist at Grant Thornton, wrote in a note to clients. "Retail sales showed signs of slowing in July, which underscores our concern that the rebound is losing momentum."

Overall consumer spending inched up to $536 billion, from $529.4 billion in June.

The pandemic has plunged the nation into the worst economic crisis since the Great Depression. And though there are signs the wealthy have recovered, economists say it probably will take years for the rebound to reach most Americans. More than 30 million people are collecting unemployment benefits, with Black and Hispanic families among those who have been hardest-hit by the crisis.

A federal boost to unemployment benefits, which provided an additional $600 a week to jobless Americans, expired at the end of July, leaving millions of households struggling to make ends meet. Lawmakers have yet to agree on what the next stimulus package would include, or when it might take effect. Meanwhile, more than 100,000 small businesses have already permanently closed, and many others have furloughed or layoffs huge swaths of their workforce.

"While households are spending, they are anxious about their health and economic well-being, so they are being pragmatic," said Jack Kleinhenz, chief economist for the National Retail Federation, an industry trade group. "We have to remember that there's uncertainty about economic policy and that the resurgence of the virus is putting pressure on the fledgling recovery."

More than 5.2 million cases have been recorded since the coronavirus swept the United States. Some 164,000 Americans have died, including nearly 1,500 Wednesday - the largest single-day count since mid-May.

Analysts say consumer spending patterns have shifted during the pandemic, as more shoppers buy online and rethink their purchases of discretionary goods like apparel, handbags and jewelry. At least a dozen major retailers - most of them mall-based chains or department stores - have filed for bankruptcy since April. Grocery stores, meanwhile, are doing brisk business as Americans increasingly do their dining at home.

The rise in electronics and appliance sales in July, analyst said, is part of a broader shift toward at-home learning. Parents are cutting back on the purchases of backpacks, uniforms and school supplies, but are spending more on computers, printers and other technology for online classes. Back-to-school technology sales are expected to grow 28 percent this year, even as overall spending remains flat, according to Deloitte.

Apparel retailers, which typically get a big boost from the back-to-school surge, have seen demand drop off in many parts of the country, as parents hold off on buying new clothes and shoes for their children.

"Where shoppers elected to spend their money remains very uneven," said Neil Saunders, managing director of GlobalData Retail. "While online apparel is performing very well, visits to clothing shops, especially those located in malls, are extremely suppressed. Impulse buys are down and spending on certain categories, like workwear, has all but been wiped out."

Spending at apparel stores, which rose 5.7 percent in July, are still down 21 percent from a year ago. Sales at department stores, meanwhile, are dropped 13 percent from last year, while spending at restaurants has fallen 19 percent.

The coming months will be crucial for retailers, analysts say, as they try to make up lost ground during the back-to-school and holiday shopping seasons, which are typically the two largest sales periods of the year.

"A lot is up in the air right now - is school going to be virtual, is it physical, is it a hybrid of the two?," said Marie Driscoll, a managing director at Coresight Research, a retail advisory firm that is predicting that back-to-school sales will slump by as much as 11 percent this year. "Not knowing the answers to those questions makes it hard for both consumers and retailers."