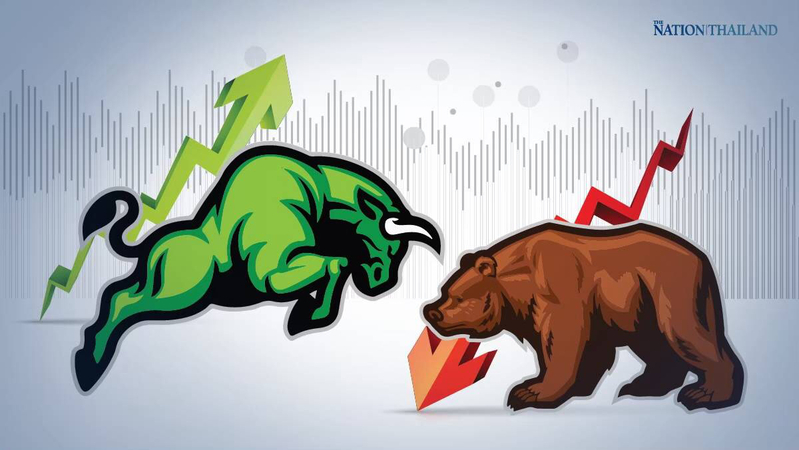 After mounting their sharpest rally since April, all major U.S. indexes were pointing lower in premarket trading as investors awaited October job numbers and the outcome of the presidential election. As of 7 a.m., Joe Biden had widened his lead over President Donald Trump in Georgia, putting him within striking distance of clinching the presidency. Trump would have to capture Georgia, Nevada, Pennsylvania and North Carolina to win.

Stocks soared this week as the prospect of a GOP-controlled Senate reduced the likelihood that a Biden presidency would usher in tax increases and sweeping regulatory changes. Senate Majority Leader Mitch McConnell, R-Ky., would be able to block market-rattling Cabinet appointments, such as Sen. Elizabeth Warren, D-Mass., as treasury secretary.

"A split Congress is going to make it very difficult for Biden . . . to deliver on some of his more ambitious policies, many of which were widely viewed as market negative," Craig Erlam, senior market analyst with OANDA, wrote in comments emailed to The Washington Post. "The failure to secure the blue wave also means any stimulus will be smaller than it would have otherwise been but the way markets have responded, they're viewing it as a small price to pay for stability."

Daniel Ives, an analyst with Wedbush Securities, called this a "goldilocks outcome" for tech in particular, which could explain the Nasdaq's buoyant performance this week after a run of sell-offs.

"With the Republicans likely to control the Senate, the chances of major legislative changes to antitrust law now is off the table in the eyes of investors, which posed the biggest risks to tech stalwarts with a ripple impact across the sector," Ives said in comments emailed to The Washington Post.

While the nation anxiously awaits the final election outcome, the pandemic rages on. The United States reported 116,707 new coronavirus infections on Thursday, as 20 states saw their highest daily counts yet, and the number of fatalities surpassed 1,000 for the third consecutive day.

The pandemic's surge could stall the economic recovery, which is showing signs of tapering. The unemployment rate fell to 6.9 from 7.9 percent in October as the economy added 638,000 jobs, the Bureau of Labor Statistics reported Friday. The gain is the smallest since May, when the economy began adding back some of the 22 million jobs lost early on in the pandemic.

Eleven million people remain unemployed, according to the Bureau of Labor Statistics - about twice the amount from February, before the crisis.

"Today's report highlights the challenge for lawmakers as the impulse for additional fiscal stimulus hangs in the balance between the pace of the economic recovery and the downside risks of the public health crisis," Charlie Ripley, senior investment strategist for Allianz Investment Management, said in comments emailed to The Washington Post.

In Europe, skyrocketing cases are prompting curfews, and new business and travel restrictions. Italy and France both tightened shutdown measures this week, while Greece announced a three-week lockdown to try to tame the virus.

The worrying signs of pandemic resurgence are rattling investors. In midday trading, European indexes were negative across the board Friday. Germany's DAX shed 1 percent, while France's CAC 40 fell 0.8 percent. Europe's benchmark Stoxx 600 was down 0.6 percent.

Gold, a safe-haven for investors in times of turmoil, was trading up 0.7 percent at $1,955 per ounce.

Oil markets were also in tumult Friday as rising coronavirus cases across the globe threatened to spark more movement restrictions and keep people in their homes, threatening demand for gas and other petroleum products. West Texas intermediate crude, the U.S. oil benchmark, was trading down more than 3 percent in early trading at $37.53 per barrel. Brent crude, the international oil benchmark, was down 2.7 percent to trade at $39.75 per barrel.