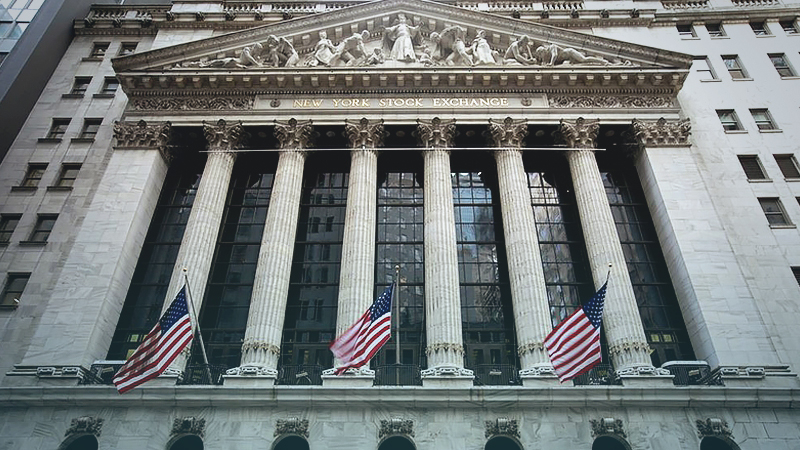 U.S. stocks fell for the first time in three days and Treasury yields climbed amid expectations President-elect Joe Biden plans covid-19 relief of as much as $2 trillion.

After approaching all-time highs most of Thursday, the S&P 500 turned negative late in the trading session. Technology, communication services and consumer discretionary sectors were the biggest losers, while energy shares rose with oil. Biden last week put the "entire package" at "trillions of dollars," and many Democrats believe it will be as much as $2 trillion. Biden is expected to announce his economic support plans later in the day. Federal Reserve Chairman Jerome Powell said policymakers won't raise interest rates unless they see troubling signs of inflation.

"With stock markets close to record highs, some investors may be concerned about signs of over-exuberance in equities," said Mark Haefele, chief investment officer at UBS Global Wealth Management. "But support from vaccine rollouts, continued low interest rates, and the likelihood of further fiscal stimulus should drive rapid economic and earnings growth in 2021, which should support further upside for equities."

Investors betting on an economic recovery this year are tolerating stretched stock valuations, partly because they expect further U.S. fiscal spending and better control of the pandemic with vaccines. With Biden due to take office within days, the transfer of power promises more turbulence. On Wednesday the House of Representatives voted to impeach President Donald Trump for a second time, though a Senate trial for Trump likely won't get underway before his term ends on Jan. 20.

"Investors are looking past that and really concentrating on the stimulus and what that's going to mean further down the road,"said Chris Gaffney, president of world markets at TIAA Bank.

After years of too-low inflation, the U.S. central bank approved new policy guidance in September, spelling out it would be appropriate to keep rates near zero until inflation has risen to its 2% target and was on track to moderately exceed that level.

"Our eyes are wide open on this," Powell said. "At the end of the day the public will need to see us allow inflation to move moderately above 2% for a time before the new framework will be seen as fully credible."

The time to raise rates "is no time soon," Powell added.

On the virus front, China recorded its first covid-19 death since April as new clusters continued to expand. France said it will extend tighter curfew measures across the country in a bid to halt the spread of the coronavirus.

These are some of the main moves in markets.

West Texas Intermediate crude gained 1.3% to $53.60 a barrel, the highest in almost a year.