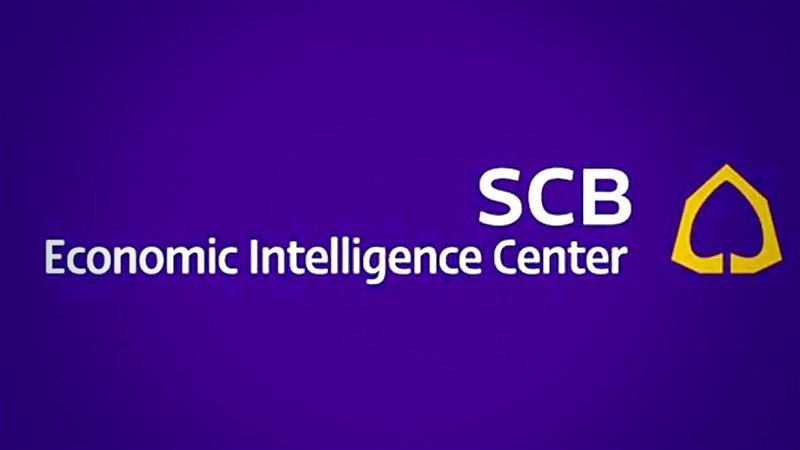 Siam Commercial Bank’s Economic Intelligence Centre (IEC) has revised upwards its 2021 Thai GDP growth forecast from 2.2 per cent to 2.6 per cent. The IEC cited faster-than-expected recovery of Thai exports, which returned to pre-Covid levels in January and February. It revised upwards its export growth forecast for 2021 from 4 per cent to 6.4 per cent.

However, the SCB thinktank also warned that recovery of the Thai tourism industry would only gain momentum in the fourth quarter of 2021 as vaccines brought herd immunity in key Asian markets.

However, it estimates the government still has around Bt390 billion of budget to support recovery, including Bt250 billion from the Bt1-trillion emergency borrowing fund.

On monetary policy, the EIC expects the Bank of Thailand (BOT) to keep its policy rate at 0.5 per cent this year. It also forecasts the BOT will respond to liquidity demand from SMEs by adjusting soft loan criteria and promoting asset warehousing to reduce risks of fire sales in the real estate and hotel business.

On the baht, the EIC plays down concerns that the currency will strengthen, forecasting an exchange rate of Bt30-31 per US dollar at the end of 2021. But it said the BOT is likely to have limited room to address baht appreciation as Thailand is being monitored for currency manipulation by the US Treasury.