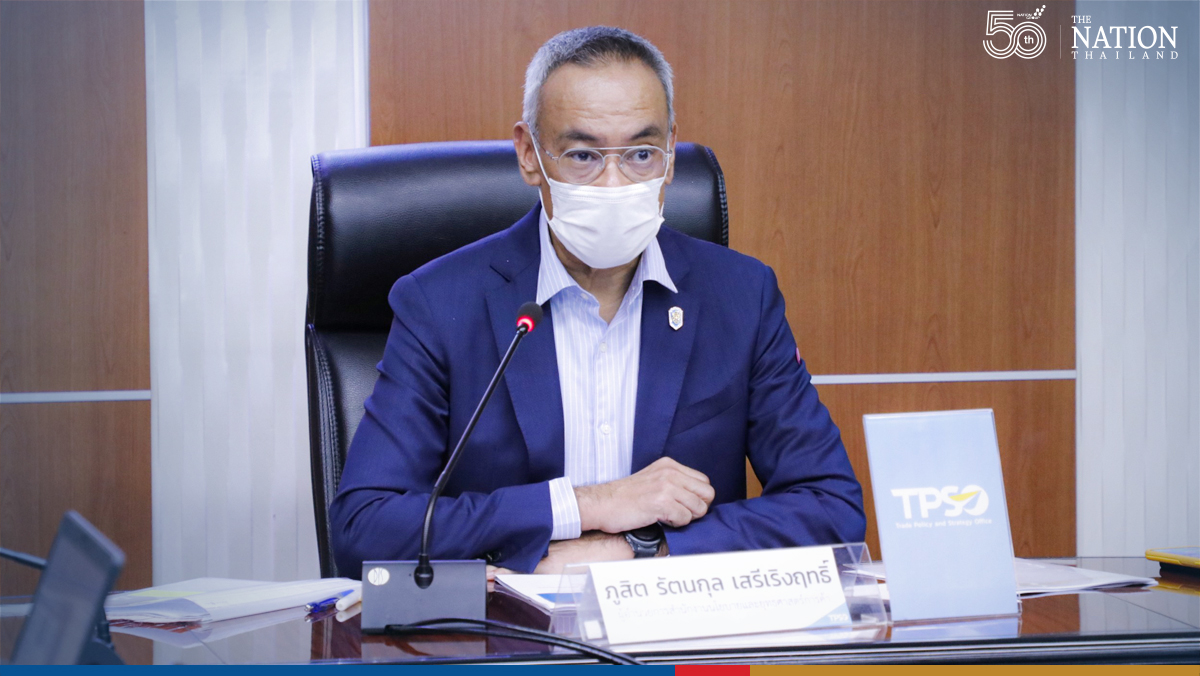 The value of Thai exports in April had hit more than US$20 billion for three consecutive months, recording a growth of 13.09 per cent – the highest in 36 months.

Thai exports have recovered strongly as global demand picks up amid progress on Covid-19 vaccinations worldwide.

The pace of the sector’s recovery coincided with the Global Manufacturing PMI of 55.8, which is the highest in 11 years. Underpinning an increase in output was a substantial improvement in New Export Orders Index from the previous month to 54.7, reflecting an improvement in consumer purchasing power and increase in import demand with an optimistic view about future output levels.

However, though exports have risen, imports have also increased by 29.79 per cent to $21.25 billion, resulting in a trade surplus of

Products with strong expansion in April 2021 were:

• Products related to ‘work-at-home’ and home appliances such as computers, furniture and parts, air conditioners, microwave ovens, refrigerators and freezers, washing machines and parts, radio and television receivers and parts, and cellphones and parts

• Products related to the manufacturing sector such as steel and products, chemicals, plastic resins, and electronic circuit boards, and

• durable goods or luxury goods such as automobiles and parts, and gems and jewellery (excluding gold).

Agricultural and agro-industrial product exports rose for five consecutive months at the rate of 7.3 per cent year on year (YoY) in April. Products that expanded favourably were rubber (85.2 per cent), fresh, chilled, frozen and dried vegetables and fruits (22.3 per cent), cassava products (40 per cent), beverages (30.6 per cent), pet food (11.3 per cent).

Meanwhile, exports of some products declined, such as cosmetics, soaps, and skincare (-3.9 per cent), switch and electric control panels (-4.2 per cent), transmission apparatus for radios, fax, phones, and televisions (-9.3 per cent). For the first four months of 2021, Thai industrial product exports expanded by 4.3 per cent YoY.

• Export to potential markets rose by 18.8 per cent.

• Exports to emerging markets rose by 47.8 per cent. Exports to Australia, Latin America, Africa, and Russia and Commonwealth rose by 39.1 per cent, 82.3 per cent, 25.3 per cent, and 50.1 per cent, respectively. Moreover, exports to the Middle East rebounded with 65.7 per cent growth.

Prospects and promotion strategies for 2021

Thai export can expect to see a continuous, robust recovery, reflected by the following:

• Oil-related product exports are growing due to an increase in export prices and foreign demand;

• Many countries are expediting Covid-19 vaccine rollouts and more accessible and faster vaccine distribution will enhance consumer and producer confidence.

Commerce Minister Jurin Laksanawisit has come up with many policies and activities to promote Thai exports such as online business matching, trade negotiations through online channels in parallel with delivering sample products to partners, cooperation with department stores in foreign countries to organize sales promotion activities, for example, Walmart in the US, and Halal-product business matching, etc. Furthermore, the Commerce Ministry successfully coordinated with Chinese authorities to allow the Dongxing border point to be an additional import channel for Thai fruits. In this regard, Thailand also ensured Chinese importers about the country’s Covid-19 prevention measures in fruit products.