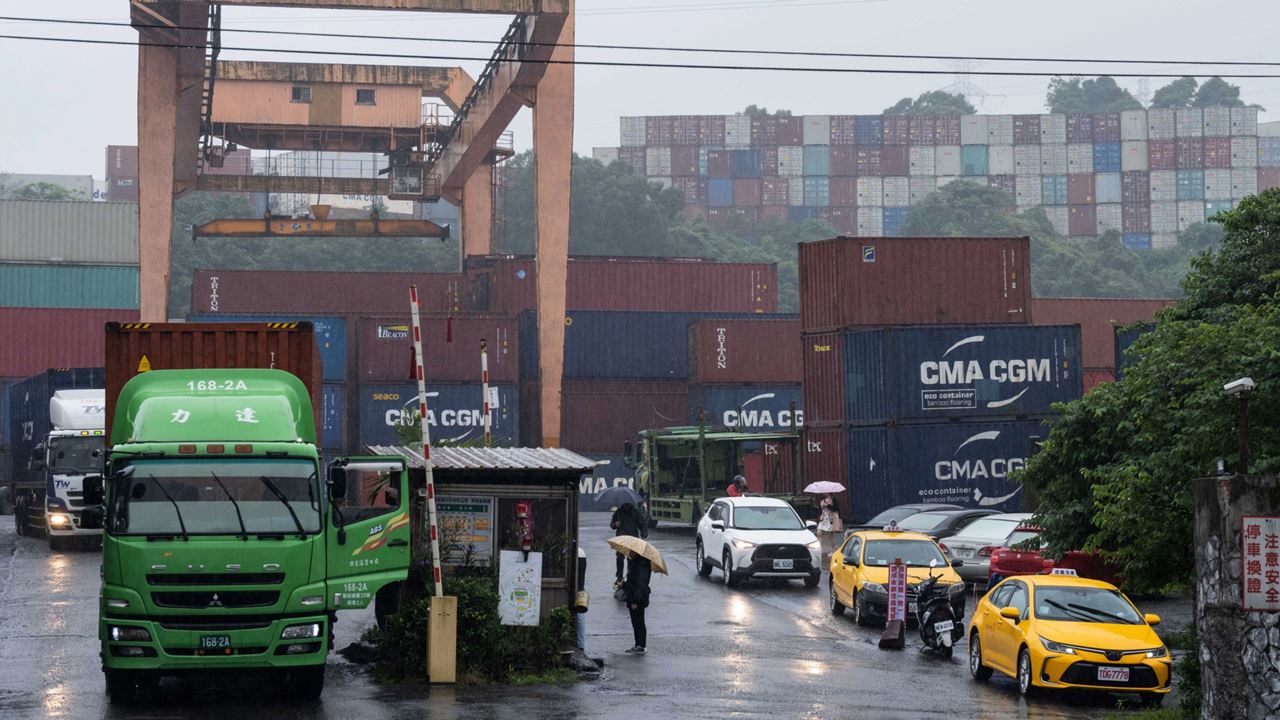 Taiwan request to join the Asian-Pacifics biggest working trade deal, coming just days after Chinas submitted its own bid, presents the member nations with a difficult choice - admit one, both or neither?

Both Beijing and Taipei have asked to join the Comprehensive and Progressive Agreement for Trans-Pacific Partnership in the past week. That creates the possibility of a long and politicized application process, with the members divided between democracies such as Japan, Australia and Canada pushing for Taiwan's accession, and Southeast Asian nations keen to remain in China's good graces, making them vulnerable to pressure from Beijing to thwart Taipei's bid.

Officials in Taipei are aware of the challenge they face.

"China always obstructs Taiwan's room to maneuver on the international stage. This is something everyone's aware of," Taiwan's chief trade negotiator John Deng said at a briefing Thursday. "So if China is able to join first, it's clear that Taiwan's application will be at risk."

The original goal of the $13.5 trillion trade agreement was to create a western-led alliance to counterbalance China's economic might in the Pacific region. While it was initially spearheaded by the U.S., Japan assumed a key role in reviving the plan after former President Donald Trump withdrew in 2017.

CPTPP member countries account for over 24% of Taiwan's international trade, according to a cabinet statement Thursday.

It will be a challenge for Taiwan to reach the required consensus among all 11 nations for its application to succeed, according to Drew Thompson, a former U.S. defense official who is now a visiting senior research fellow at the National University of Singapore's Lee Kuan Yew School of Public Policy.

"They will need to develop a smart strategy that reflects both their own domestic politics as well as the interests of key CPTPP members," he said in a email Thursday. "Taiwan will have to satisfy many constituencies, but it might make sense to start with one big player, such as Japan, and work bilaterally to achieve Tokyo's overt support, leveraging that support to convince other members to constructively engage Taipei."

Taiwan President Tsai Ing-wen urged Japan to support her government's efforts to join the deal in a tweet in Japanese Thursday, adding that her government has been preparing to join for the past five years and is prepared to accept all the rules.

Japan welcomed Taiwan's bid and would respond "based on a strategic point of view and with the public's understanding," Foreign Minister Motegi Toshimitsu said Thursday in New York, according to a Kyodo News report. That contrasts with his statements about China's application last week, when he said that Japan would have to look properly at whether China was "ready to reach the high level of TPP."

Joining the group would be seen as a major political coup for Tsai, who's government views Taiwan as a de facto sovereign nation awaiting broader international recognition. However China claims the island as part of its territory and vehemently opposes any moves that imply separate statehood for Taiwan, such as joining international organizations.

Taiwan and China already peacefully coexist as members of the same trade organization as both are part of the World Trade Organization, although Taiwan is a member as "the Separate Customs Territory of Taiwan, Penghu, Kinmen and Matsu." Eager to eliminate as many political barriers as possible, Taiwan's government used the same designation in its application to join the CPTPP.

China's Taiwan Affairs Office laid out its stance on a possible Taiwanese application earlier this month, saying in a statement on Sept. 8 that Taiwan must adhere to Beijing's "one-China principle" and any other countries must avoid implying Taiwan is a sovereign country in their dealings with Taipei.

That likely means that China needs to join before Taiwan, and the official title of Taiwan can't be the "Republic of China," according to Henry Gao, associate professor of law at Singapore Management University, who has written extensively on Chinese law and the World Trade Organization.

In response to questions about Taiwan's application, New Zealand's foreign ministry referred to the island as "Chinese Taipei," another moniker used to avoid diplomatic problems.

Jeremy Huai-Che Chiang, a former researcher at the Taiwan-Asia Exchange Foundation focusing on Southeast Asian relations, sees countries in the region as unlikely to upset China over Taiwan due to Beijing's economic weight and past record of punitive measures.

However, "I do think this is smart maneuvering on the part of Taipei," he said via message Thursday. "Given that consensus is needed for membership, and the different geopolitical times that we are in right now, it will likely put a 'two-or-nothing' pressure on existing members."