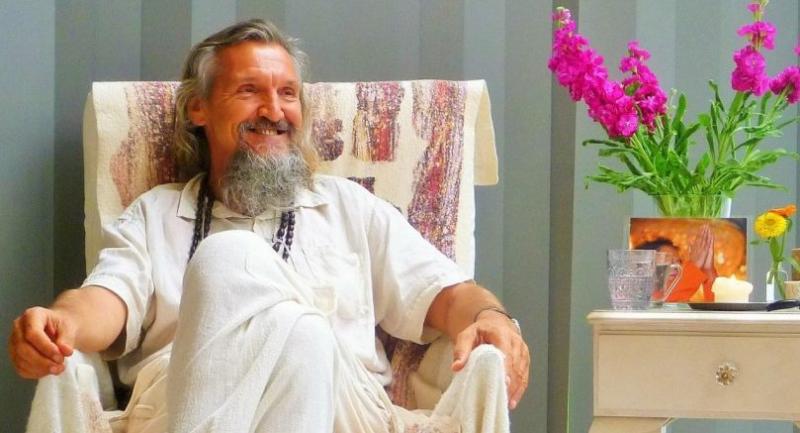 Surat Thani police have visited a house on Phangan Island off Surat Thani province where Sathya Sai Baba guru Raaman Andreas reportedly stayed. The visit comes after police last week reopened the investigation into the death of a Belgian tourist on Koh Tao in April.

However, two foreigners at the house informed police that Andreas had left Thailand for India about two months ago and would be travelling to Sri Lanka.
They said they did not have any information about when Andreas would return to Thailand, a police source said, adding police would check with immigration officials to learn about his entrance and departure dates.
Police have focused their investigation on frequent visits by Elise Dallemange, 30, to Andreas’s community, which provides a yoga and tantra retreat for people seeking a tranquil island haven.
However, they have expressed doubts about whether the Sathya Sai Baba sect was involved in the Belgian’s death.
Her mother, Michele van Egten, told foreign media that she did not believe that her daughter committed suicide, as Thai police initially announced, and suggested that they might have tried to cover up the real cause of death.
The fact that Dallemange’s body was found on Koh Tao has drawn a great deal of attention as the island became notorious after the brutal murders of two British backpackers in 2014.
Police reopened the Dallemange case by sending a special team to Koh Tao to collect evidence again in order to address the allegations made by van Egten.
In relation to the 2014 case, police were heavily criticised for their handling of the murders and the arrest of two Myanmar workers, who now face the death penalty, with many people expressing doubts whether they were the real killers.
Meanwhile, police are also seeking van Egten’s cooperation through the Belgian Embassy in Bangkok with a request for her to send back a laptop for police to analyse for possible clues that could help their investigation.
The laptop was among Dallemange’s belongings found with the body and returned to her mother.
Meanwhile, deputy police spokesman Pol Colonel Krissana Pattanacharoen said the forensic report confirmed that Dallemange had died of asphyxiation and no trace of a struggle was found, which seemed to confirm police’s conclusion that she took her own life.
He said police had already interviewed about 10 witnesses.
When the body was found in April, her relatives did not express any doubts about the police’s conclusion, the spokesman said, adding that she had reportedly attempted suicide previously.
He did not identify the relatives but earlier reports indicated that Dallemange’s parents came to Thailand to identify the body.
He also denied earlier reports the body had been partly devoured by animals before it was found.
Police are waiting for information from Noppawong Police Station officers regarding reports that Dallemange had previously tried to run in front of a moving train in Noppawong district in Bangkok. Information is being sought from Somdet Chaopraya Institute of Psychiatry where she was sent after train police and bystanders reportedly stopped her from committing suicide.
Police wanted to know who picked her up when she was discharged from the Institute, the same source said, adding they would also trace Dallemange’s movements on Koh Tao before her death.