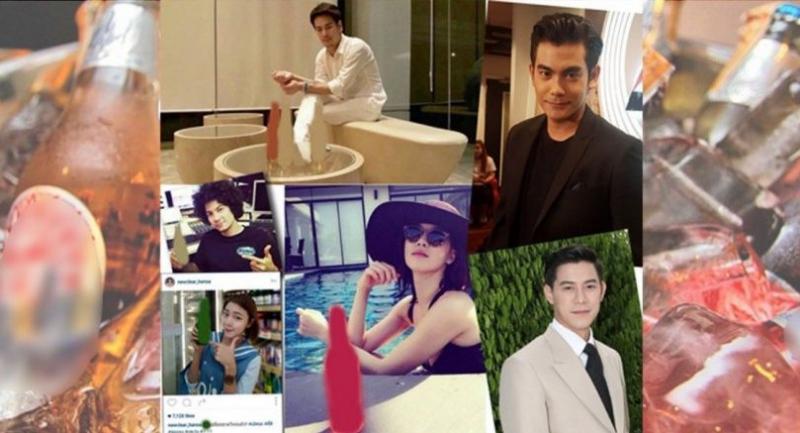 Police are focused on summoning six Thai celebrities whose pictures with alcoholic beverages were posted and shared on social media. Authorities are considering charges for violating the Alcoholic Beverage Control Act.

Pol General Weerachai Songmetta, a national police chief adviser, presided over a meeting on Friday of police investigators at the Muang Nonthaburi Police Station to discuss progress of a probe progress against accused of promoting alcohol consumption on social media.
According to a police source, the accused celebrities are DJ Davide Dorico, Sirin “Cris” Howang, Pongsak “Aof” Rattanaphong, Hansa “Nuclear” Jungwattanawong, Sean Jindachot and Ratchanon "Guy" Sukprakob. Police will also summon executives from the company linked to the alcohol brand for questioning.
The posts are suspected of promoting drinking and thus allegedly in violation of Section 32 of the Alcoholic Beverage Control Act. The section bans people from advertising alcoholic drinks and from showing the names and logos of alcoholic drinks to promote them. Offenders face up to one year in prison, a Bt500,000 fine, or both.
Weerachai said additional celebrities were participating in promotions and should remove their posts from all social media channels before police take action against them. He said police would fine a first-time offender at Bt50,000 and a repeated offender at Bt200,000. Those providing information leading an arrest would get one-fourth of the fine as a reward, he added.
This is not the first time Thai celebrities have been accused of posting photos of themselves with booze. In 2015 seven celebrities, including Pakorn “Dome” Lam and Virithipa “VJ Woonsen” Pakdeeprasong, faced police probes over similar allegations.