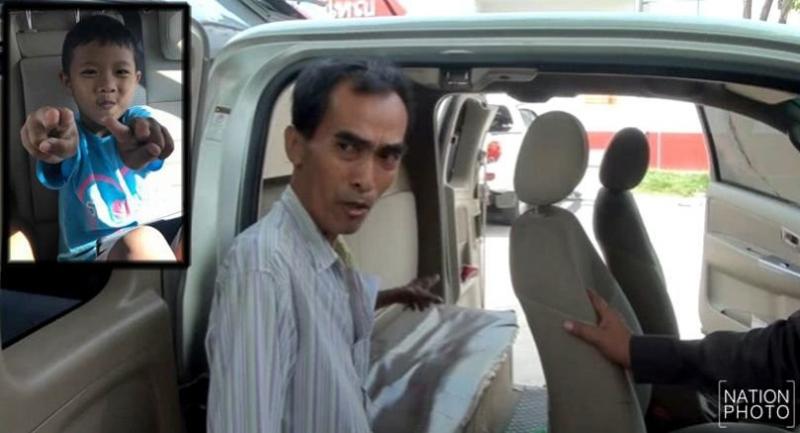 Six-year-old boy dies, organs to be donated after being locked in school

A SIX-YEAR-OLD boy died on Wednesday after falling into a coma when he was locked in a school pickup truck for hours.

Chanachai Kongphon was found unconscious inside the locked pickup at 1pm on Monday.

The driver subsequently admitted he had forgotten to make sure all the children had exited his vehicle at their school in Ayutthaya province in the morning.

“The boy’s brain was not responding to anything,” Phra Nakhon Si Ayutthaya Hospital’s deputy director Dr Suchart Kittipat said |yesterday.
He added that after being informed of their son’s condition, his parents had agreed to donate his organs. “His donated organs can mean the recovery for several patients,” Suchart said.
The mother, Funta Boon-ngarm, said she had been trying to cope with the worst scenario since seeing her son’s condition on Monday.

“During the past few days I have been hoping for a miracle. But clearly it did not happen,” she said.
Dr Duangporn Asawarachun, a deputy director at the hospital, said Chanachai’s brain had already been deprived of oxygen for several hours by the time he was rushed to Bang Pa-in Hospital, where he was put on a respirator.
He said the boy was transferred to the better-equipped Phra Nakhon Si Ayutthaya Hospital but key functions of his body had already failed.
Officials from several units arrived at the hospital yesterday to offer moral support to the family.
The boy’s heartbroken mother urged drivers to check that all children had exited their vehicles when they reached their destinations.
“Please check every time. Young kids cannot yet help themselves. Had the driver been more careful, my family would have not suffered such a loss,” she said.
The family has donated Chanachai’s eyes and heart to the Thai Red Cross Society.
Boonlert Wattakee, the 57-|year-old pickup driver, turned himself in to police to face charges on Tuesday. Police will charge him with recklessness causing death and operating a transport service without a licence.
The driver and his family have refused to be interviewed.
In a similar incident last year, a three-year-old girl died inside a school van in Samut Prakan province.