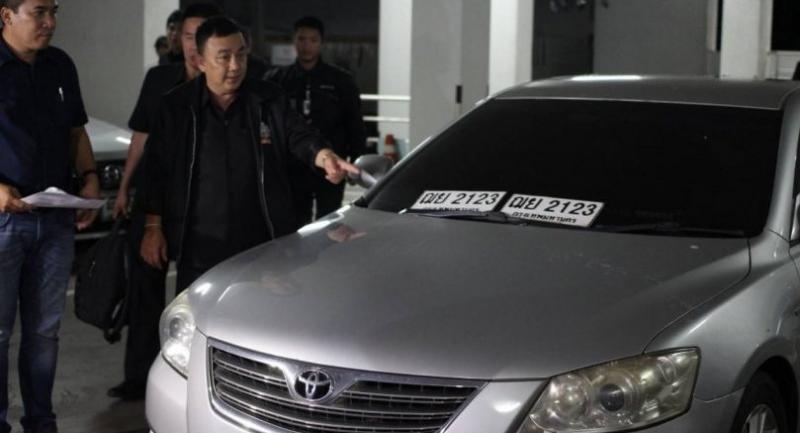 THE NATIONAL Council for Peace and Order (NCPO) has been urged to appoint a credible committee to investigate police officers responsible for helping ex-premier Yingluck Shinawatra flee the country ahead of the Supreme Court’s scheduled August 25 reading of its verdict on her criminal case.

Suriyasai Katasila, a deputy dean of Rangsit University, said the public had been closely watching the incident, so the NCPO must ensure that the truth is uncovered by credible investigators. In addition, he said, other security and related agencies should be appointed to take charge of the investigation since police investigators alone were not sufficient to give it credibility.
Pol Colonel Chairit Anurit, a deputy chief of the Bangkok Metropolitan Police, has admitted in a preliminary investigation that he had helped Yingluck exit the country via the Thai-Cambodian border by using police vehicles and other cars to pick up the ex-premier from her house in Bangkok’s Soi Watcharaphol area.
Suriyasai said many people were sceptical about the government’s handling of this issue. Also, the NCPO itself is seen by some as having tacitly allowed Yingluck to leave the country before facing the high court’s verdict in her case of negligence of official duty while overseeing her government’s rice-pledging scheme.
He said he believed high-level authorities were responsible for tacitly approving Yingluck’s efforts to flee and police investigators appear to be taking the case too lightly. This would affect the reputation of the justice system, reinforcing perceptions that the rich and powerful are often let go without having to face punishment, he added.
If the case was not handled seriously, the government and NCPO would be seen as conspiring with other interest groups to cheat the justice system, Suriyasai added.