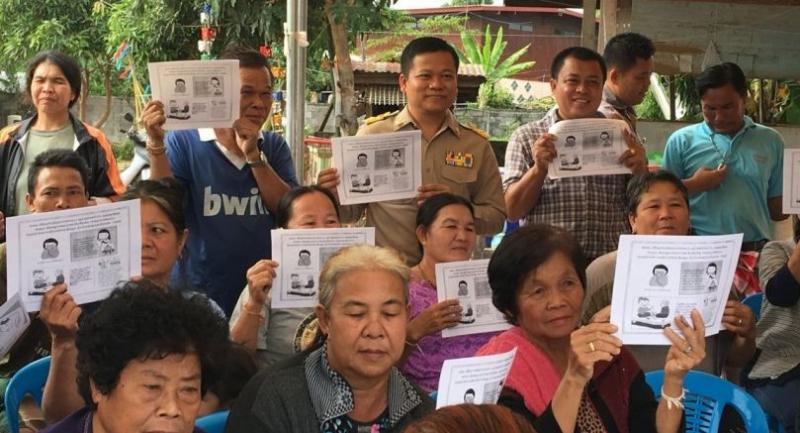 PUBLIC HEALTH officials, including a doctor and psychologists, have been dispatched to a tambon in Nong Kung Si district in Kalasin province following rumours that a porb ghost had killed four men.

The rumours prompted action by Kalasin chief public health officer, Dr Prawit Sriboonrat, to try to pacify frightened villagers.
However, villagers in Moo 3, Moo 8 and Moo 11 villages of Tambon Nong Suang had already taken action by hiring a “hermit” to perform a superstitious rite to chase away the ghost.
The villagers said they believed the ghost has eaten the internal organs of the four men, causing them to die.

Northeastern traditional beliefs relate that porb ghosts are spirits that haunt their victims and gradually eat their internal organs until they die. The ghost is usually identified as a female spirit.
Prasit Singhamat, head of Moo 3 village, said yesterday the rite calmed the villagers and they appeared to have stopped worrying. Most returned from the rite with smiles on their faces.
However, the head of the public health team, Dr Pairat Songkhram, a preventive medicine specialist, said officials would continue to look into the scientific causes of the deaths, and psychologists would interview the families of the four men.
“At this point, we have found that one of the four men died of leptospirosis and another of blood-pressure problems,” Pairat said.
Pairat added that he had also instructed team members to avoid saying anything that would ridicule or belittle the villagers’ beliefs.
Doctors erected tents yesterday to provide health checks for village residents, under the stipulation that they would not discuss their religious beliefs. Health officials did target the houses of the four deceased men to check the health of their family members.
Dr Nattakorn Jampathong, head of the Khon Kaen Rajanagarindra Psychiatric Hospital, said relevant authorities would need to provide help to boost the villagers’ quality of life.
A widow in the village had been accused of being the ghost, he said.