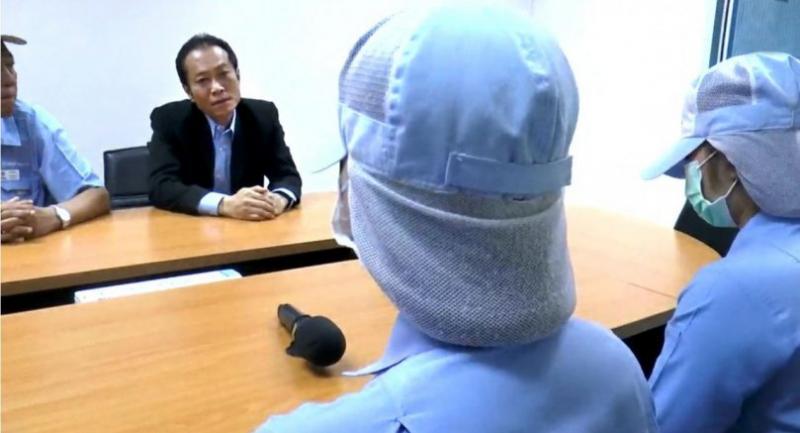 Executives at a Japanese factory in Nakhon Ratchasima are demanding action following claims by 11 of their staff that they were sexually abused while having their annual health check-ups.

The Siam Fukoku executives met with Nava Nakorn Industrial Zone Nakhon Ratchasima project director Surasi Haengsrisuwan on Friday to receive an update on the progress of the case.
Surasi was told by one Japanese executive that this case, having become widely known, could further shake the workers’ morale and negatively affect their lives.
He also heard evidence from the victims, who were sent to the doctor for their annual medical check-ups on November 17.
One victim recalled that her one-on-one meeting with the doctor was the last stop of her check-up routine.
The doctor, she said, immediately unzipped her top and felt her breast for a while before pulling his hand out.
“I was shocked and embarrassed. There was no medical equipment being used, no asking for permission nor apologising beforehand. He also asked me personal, not-health-related, questions such as my name, where I live, how I go home and how long it takes,” she said.
Another woman also said the doctor had unzipped her top and felt her breast before asking questions not related to her health.
She said she later asked others who told her they had also been subjected to such behaviour by the doctor, so they alerted the firm executives about it and made it known they wanted to file police complaints.
Surasi said he had duly filed a complaint with the police as per the Japanese executives’ request and would follow it through, since such improper behaviour shook the women’s morale and could tarnish the country’s reputation.
The doctor in question, who has promised to attend an interview with police on Sunday, told The Nation that he had merely performed the routine check-ups as per the program without any intention to sexually harass them as claimed.
He said he had carried out check-ups on workers in the same way, although he didn’t elaborate.
He said the allegations might have come from people with a malicious intent to hurt him and he vowed to fight the case in court.