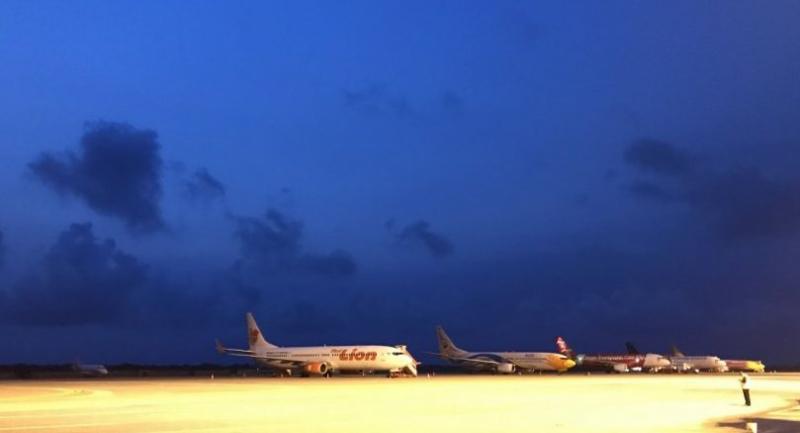 U-tapao Airport to see a big jump in visitors

U-TAPAO International Airport passenger numbers are expected to double this year and new investment of Bt200 billion to expand the airport’s capacity under the Eastern Economic Corridor Initiative (EEC) is expected to start next year, government authorities say.

Last year, passenger arrivals at the airport were one million, up from 700,000 from the year before, U-Tapao Airport Authority director Rear Admiral Luechai Sri-Eamgool said yesterday. This year the number of arrivals would reach two million.
In the first four months of the current fiscal year (October-January) the number of arrivals were about 700,000, he said.
Terms of reference are being drafted for a new investment plan to expand the capacity from three million passengers to 15 million, and they will be completed by the end of this year.
The investment is estimated to cost Bt200 billion and government will use the public-private partnership (PPP) mode in order to reduce its budget burden.
A master plan for the development of the whole airport is expected to be completed early next year. Then, international bidding will begin for construction. The project will include a new runway, air-cargo facilities, an aviation training centre, and an aircraft maintenance, repair and overhaul centre, with combined land use of up to 6,500 rai (1040 hectares).
It will take about five years for construction to be completed. The new airport will be connected by high-speed rail to the two international airports in Bangkok – Don Mueang and Suvarnabhumi – said Kanit Sangsubhan, secretary-general of the EEC office.
Return on the investment could be realised within 15 years, he said.
He said U-Tapao would lead to the development of an “aviation city” spanning 30 kilometres, covering parts of Rayong province and the eastern resort of city of Pattaya.
In the long term, the airport could expand its capacity to accommodate 60 million passengers a year, equivalent to Suvarnabhumi’s capacity, he said. The new investment is expected to ease air traffic congestion in Bangkok amid the tourism boom.
For the big picture of the EEC, Kanit said investment in 10 targeted industries would increase significantly this year after the National Legislative Assembly recently passed the EEC law.
He estimated that new private investment and public infrastructure investment would be about Bt300 billion each year from now. Investment in the EEC alone could spur economic growth by 2 percentage points on top of the current average 3 per cent GDP growth.
Better rail transport in the EEC would also ease road traffic. Travelling by high-speed rail from Bangkok to the EEC would take only 45 minutes, down from two-and-a-half hours by road, he said.
Kanit said that 21 industrial parks covering 23,000 rai in the EEC region had been earmarked for new investment. Of these, 3,000 rai would be earmarked for Chinese investors who wanted to set up in the same area.
He conceded that there were shortages of technicians, as investors would need to employ more than 50,000 qualified people and local vocational institutions could currently produce only 300 a year.
The government would upgrade these to be able produce 6,000 technicians a year. It would also allow foreign investors to bring in highly skilled labourers to close the gap, he added.