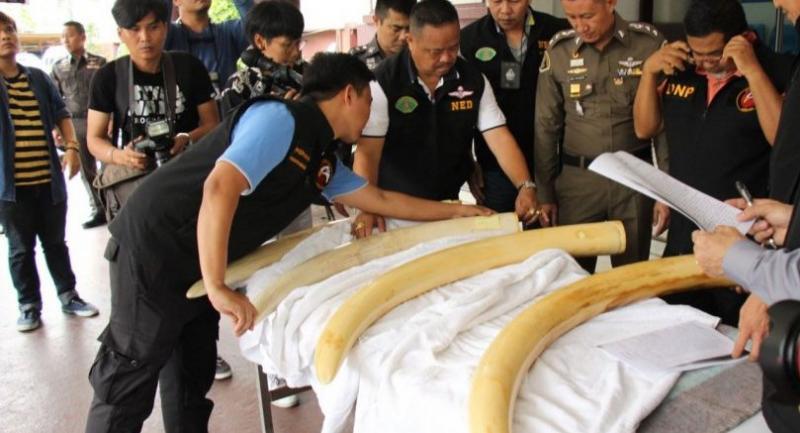 More charges in store as Premchai flies to Bangladesh

THE OVERSEAS trip this weekend of embattled construction tycoon Premchai Karnasuta, already charged with nine alleged offences related to poaching in a wildlife sanctuary, will be closely watched even as three more charges await him when he returns.
Premchai, president of Italian-Thai Development (ITD), is scheduled to fly to Bangladesh tomorrow by his personal jet and return to Bangkok the following day, a reliable source who asked not to be named said yesterday. Premchai will fly out of Don Mueang International Airport in his personal jet tomorrow at 9am with four passengers and two crew, the source said, adding he is scheduled to land in Bangkok at 5.30pm on Sunday.

Deputy national police chief Pol General Srivara Rangsibhramana-kul, meanwhile, said it was within Premchai’s rights to travel overseas as the bail granted to him by the court had not set any conditions preventing him from travelling abroad.
“Premchai has notified the police about his intention to go abroad but he did not identify his destination and schedule,” Srivara said. “I have already assigned immigration police to check the details of his trip.”
Premchai was arrested on February 4 along with three companions – his aide, cook and driver – and charged with nine poaching-related offences. The remains of butchered endangered species, including a rare black leopard, were found at his campsite located in a prohibited zone of the sanctuary.
His close aide had cited “observing nature” as the purpose while seeking permission from authorities for Premchai to visit the World Heritage sanctuary. Srivara told reporters that Premchai’s overseas trip would not impact the charges.

On March 14, Premchai will be charged with three more alleged offences – possession of elephant tusks without permission, possession of illegal guns, and attempting to bribe officials.
Authorities are also waiting for the National Parks, Wildlife and Plants department to decide whether to file charges against Premchai for disobeying orders by setting up his camp in a prohibited area.
Meanwhile, Myanmar Times online said the arrest of Premchai has caused alarm in Myanmar’s Dawei communities, where the company is developing the Dawei Special Economic Zone (SEZ).

‘No threat to Dawei project’
The news outlet, however, also said that despite the unprecedented media and public outcry in Thailand, the SEZ project was unlikely to be affected.
Dawei Development Association board member Bo Bo told the online news site that the scandal had raised doubts over the suitability of ITD to implement the SEZ.
“It is worrying for the people of Dawei” to see the key stakeholder of Dawei SEZ facing multiple accusations, including allegedly killing an endangered species and allegedly attempting to bribe an official,” said the member of the Tanintharyi Region-based civil society organisation.
“ITD’s reputation and credibility have been severely tarnished, especially regarding environmental concerns,” said Bo Bo.