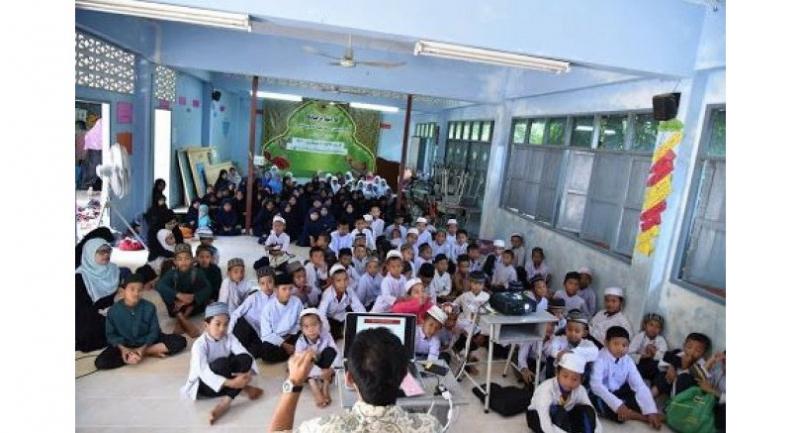 ANTI-GRAFT authorities have discovered irregularities in a state subsidy programme for private school students in the southernmost provinces, with at least Bt177 million confirmed to have been misappropriated.

According to sources at a committee set up by Deputy Education Minister General Surachet Chaiwong, more than 100 private schools in the restive area had falsified their student numbers in order to inflate the amount of state subsidies paid out by the ministry.
The ministry is taking action against these schools for the return of Bt177 million in subsidies paid out over the past three fiscal years.
An investigation is also underway to recoup other state subsidies that might have been fraudulently obtained, including those aimed at helping to improve teachers’ welfare.
The government provides a subsidy of Bt14,000 per year per student for schools in the restive area to cover tuition, textbooks, educational accessories, uniforms and student development.
The amounts for tuition and student development are paid directly to the schools. However, investigators said the subsidies for textbooks, uniforms and accessories had been misappropriated via a |network of unscrupulous suppliers selected by the schools.
These people had allegedly used fake receipts to receive reimbursement from the Education Ministry. Some provincial officials have also been found to be involved in an allegedly corrupt scheme that involves about 100 schools.
Meanwhile, the well-known academic Sompong Jitradap yesterday urged the Education Ministry to check all of its funds for corruption, following the ministry’s internal audit discovering last week irregularities in reimbursements by the Sema Pattana Chevit Fund (Education Fund for Life Development) for underprivileged children.
The audit found that Bt88 million disbursed from the fund, which is intended to help children at risk of being lured into the sex trade, had been embezzled by corrupt officials over the past 10 years. “The Bt88-million embezzlement is not supposed to happen and it shows loopholes in the ministry’s corruption-tackling measures and a lack of strict follow-up mechanisms in budget |disbursements,” said Sompong, a Chulalongkorn University Faculty of Education lecturer.
Meanwhile, Education Minister Teerakiat Jareonsettasin said he had already assigned permanent secretary, Karun Sakulpradit, to check the ministry’s other funds for corruption.
On Friday, Teerakiat said an unnamed C8level female official had confessed to embezzling Bt88 million from the fund and he had asked Karun to file a police complaint against her.
Five education officials who were involved in fund disbursements, including the suspect, have been transferred to other agencies ahead of an investigation, after the ministry passed the case to the National AntiCorruption Commission, the Public Sector AntiCorruption Commission and the AntiMoney Laundering Office.