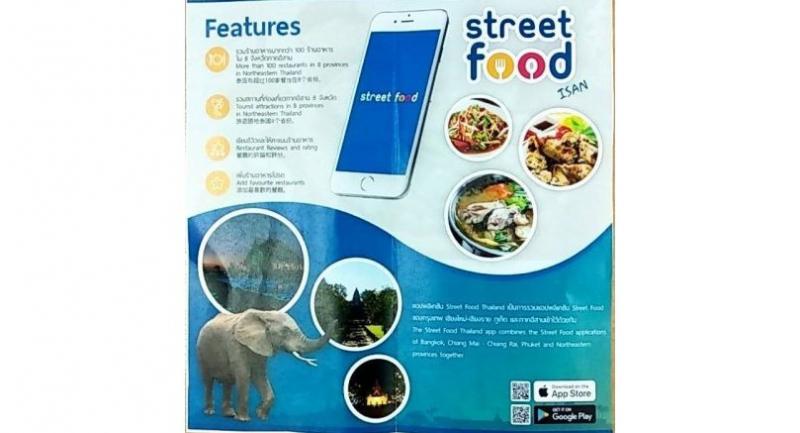 The Foreign Affairs Ministry on Wednesday introduced a “Street Food Isaan” mobile application to attract foreign visitors to the northeastern region of the country.

The app features more than 100 street food stalls from eight Isaan provinces: Khon Kaen, Ubon Ratchathani, Nong Khai, Udon Thani, Nakhon Ratchasima, Buri Ram, Loei and Surin.
It is the latest of four street food apps completed by the ministry. The earlier apps covered Bangkok, Chiang Mai and Chiang Rai, and Phuket.
A ministry’s press release said Thailand has been commended as the world’s top destination for street food, which is part of the Thai way of life. The ministry said it recognised the potential of Thailand’s street food in promoting tourism and local economies, as well as growing appreciation by foreign visitors.
The latest application is available in both Android and iOs versions, and in three languages: Thai, English and Chinese.
After downloading the app, users can search for food, street food stalls and restaurants by name, type of food desired, or location. It also allows users to link to Google Maps for directions to their desired eatery.
Users can create their own accounts, which allows them to rate and review restaurants as well as add their favourites. It also has information on tourist attractions in the eight provinces.
All four applications are now available in one app called “Street Food Thailand”.
The applications support the Thai government’s cultural diplomacy activities and the Thailand 4.0 policy by using digital technology to increase the popularity of street food.