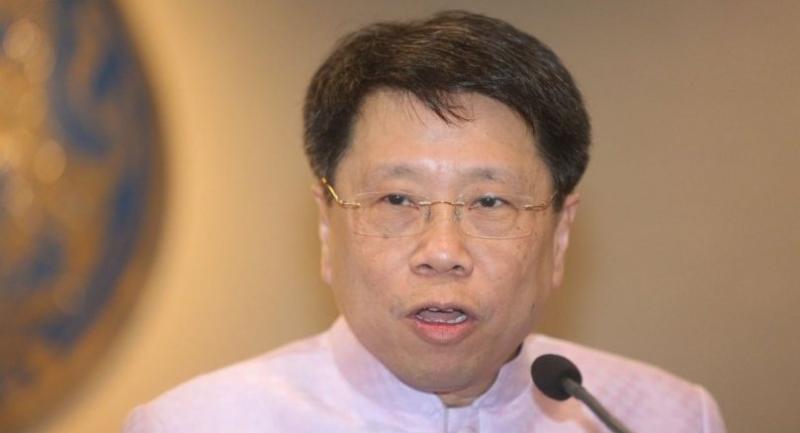 THE Education Ministry suspects years of corrupt practices in its decades-long MOENET project, which supplied Internet access to agencies and schools under the ministry’s supervision.

Top ministry officials, including retired permanent secretaries, are now possible targets for a probe by the National Anti-Corruption Commission (NACC).
“We will forward the case to the NACC to look at the role of senior officials who were in charge of the project,” Education Minister Teerakiat Jareonsettasin said yesterday.
Teerakiat, who himself headed the ministry’s fact-finding committee, suspected that corruption in MOENET might have gone on for decades. The ministry’s current deputy permanent secretary, Prasert Boonruang, has testified that he was offered a 7-per-cent bribe last year as representatives of TOT tried to persuade him to extend the MOENET contract with the firm.
“But I turned down the offer. I will not engage in any kind of corruption,” he said.
Teerakiat has now treated Prasert as a witness, even though the latter renewed the contract with TOT twice during the past two years.
The decision was based on the fact that Prasert spoke up about alleged irregularities as soon as he detected them.
“Initially, I extended the contract for three months so as to give relevant officials some time to prepare for procurement in line with the policy of then-education minister, General Dapong Ratanasuwan. Seven months later, I agreed to renew the contract again because there was no other bidder. But when a C8-level official came to me last October to recommend contract renewal again, I said a firm ‘No’ because things got suspicious,” Prasert explained.

Bribe offered
According to him, the C8-level official at the ministry tried hard to persuade him to endorse renewal of the contract, pleading that non-renewal of the contract would leave |more than 30,000 schools without Internet access.
When Prasert continued to refuse approval for the contract renewal, the seven-per-cent bribe was offered.
“That’s when I decided to alert the current education minister,” Prasert said.
Teerakiat not only cancelled the contract with TOT early this year, but he also transferred the concerned C8-level official.
Each year, the Education Ministry pays more than Bt3 billion for MOENET.
TOT stepped in as Internet service provider for MOENET in 2002. In charge of the MOENET is the ICT centre of the ministry, which reports to the ministry’s Office of the Permanent Secretary.
Khunying Kasama Varavarn had served as the permanent secretary for Education |from 2002 to 2003, and also from 2004 to 2006.
Other former permanent secretaries of the Education Ministry include Pornnipa Limpaphayom, Charuaypon Torranin, Sasitara Pichaicharnnarong, Panita Kambhu, Suthasri Wongsamarn and Kamjorn Tatiyakavee.
At the helm of the ministry’s ICT centre back in 2002 was Kiatisak Sensai. Laddawan Samittamarn served as the centre’s director between 2003 and 2004.
Other former directors of the centre included Mayuree Rattanamung, Charnwit Tapsuphan, Nitibodee Tiangworakan, Jettana Dangintawat, and Orachart Suebsit.
“The NACC will have to investigate which officials engaged in corrupt practices during the past many years. At this point, allegations have not yet been proven,” Teerakiat said.