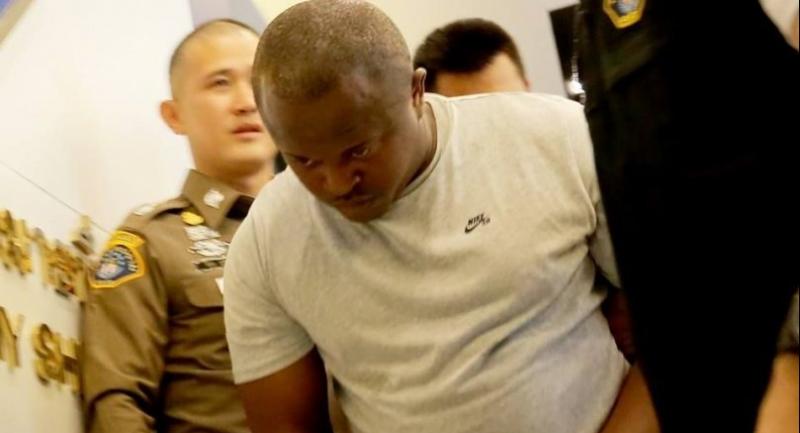 Police have arrested two Cameroon men for having swindled a man from Oman out of Bt4 million worth of Omani banknotes.

Pol Maj-General Maitree Chimcherd, commander of the Crime Suppression Division (CSD), told a press conference on Wednesday that Pierre Alain Gandjui and Jean Robert Kongne were arrested on Tuesday.
The arrests were made a day after the Omani victim filed a complaint with the CSD on Monday that he had been a victim of a “Black Money” gang that stole 50,000 Omani rials from him.
The victim, who police did not name, said he was cheated in late January but only decided to file a complaint with police on Monday. The victim said the gang had an Omani man as an accomplice.
He said the Omani businessman contacted him and said that he wanted to sell him 5 kilograms of gold for Bt4 million. But, when they met, the Omani businessman changed his mind and said he wanted to sell 15 kg of gold for Bt12 million.
The victim said the Cameroon men, who were present, told him that they could use special ink and paper to make copies of the rial banknotes.
The con artists took a 200-rial note from him and placed it on a piece of white paper that had been cut to the same size as the bank note. They were wrapped together in foil and then put into some black ink. After 10 minutes, the con artists unwrapped the foil to show that the white paper had become a rial banknote.
The victim then agreed to give 50,000 rials to the con artists to use the same process. The Cameroon men appeared to wrap the bank notes in foil and wrap white paper in another bundle and put them into the black ink tank.
The victim was told to wait overnight, and the conmen would return to add more ink.
The victim said the Cameroon men disappeared and he could not contact anyone. It turned out that the conmen managed to switch real money with a bundle of white paper.
Maitree said the CSD investigated and found that the gang had four members but two other members had fled the country. He said records showed that the gang members had entered Thailand several times and there could be more victims.