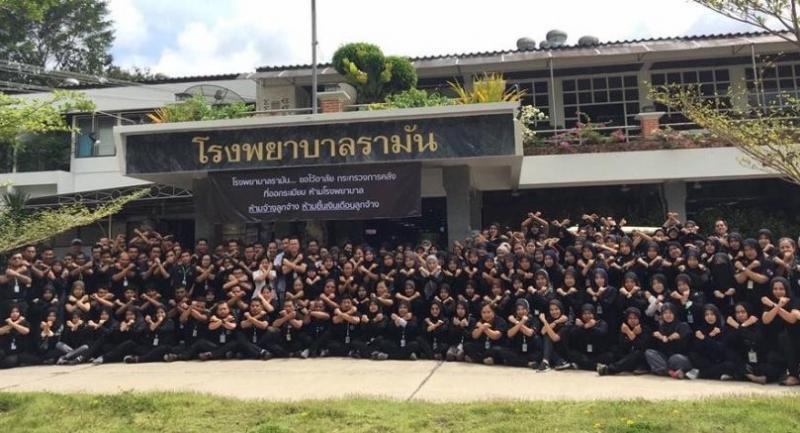 THE PUBLIC HEALTH Ministry has played down concerns of state hospitals that the new budgetary regulations will bar them from hiring off-budget workers.

Issued by the Finance Ministry, the regulations came into effect last Saturday and drew a huge outcry from the government’s healthcare sector.
At present, more than 140,000 off-budget workers work at state hospitals across the country. They hold both supportive jobs such as cleaners and porters, as well as key roles such as doctors and nurses.

Designed to strictly control recruitment, the new regulations require government agencies to avoid hiring off-budget staff. If necessary, the hiring will be allowed if their wage does not exceed the minimum pay level. There also will be no pay raise for off-budget staff under this regulation.
State hospitals fear that if the new regulation ends or even reduces their number of off-budget workers, permanent medical staff and patients will be severely affected.

Doctors have threatened to stage a protest against the regulation at the Finance Ministry on June 1.
“I can assure you that this regulation will not affect the current hiring of off-budget staff by agencies under the Public Health Ministry in any way,” Dr Jedsada Chokdamrongsuk, permanent secretary for Public Health, said yesterday.

He was speaking after an urgent meeting with the chief of the Comptroller-General’s Department, Suttirat Rattanachot.
Jedsada said he would soon inform state hospitals in writing that they could continue to recruit off-budget workers.
He also gave an assurance that the new regulations, which require that wages of off-budget staff not exceed the minimum pay level, would not apply to the Public Health Ministry’s off-budget workers.
“This is because we have a special agreement with the Finance Ministry that we can hire off-budget workers,” he said.

During the past few days, several doctors have openly attacked the Finance Ministry for passing the regulation.
Banners condemning the regulation are now flying at many state hospitals across the country. The Rural Doctors Society (RDS) also demanded yesterday that Finance Minister Apisak Tantivorawong resign to take responsibility for the flawed regulations.
While these new rules apply to all government agencies, the biggest outcry has come from state hospitals, which rely heavily on off-budget workers to cope with the huge workload.
“I can foresee state hospitals plunging into turmoil. There will be staff shortages if this regulation is enforced,” Asst Professor Dr Thira Woratanarat of Chulalongkorn University’s Faculty of Medicine commented.
Reactions from state hospitals were so fierce that Public Health Minister Piyasakol Sakolsatayadorn, who is attending a meeting in Geneva, reportedly phoned Deputy Finance Minister Wisudhi Srisuphan to discuss the matter.
Wisudhi yesterday explained that the regulation was aimed at increasing efficiency in the use of off-budget funds.
Suttirat said the regulation would allow her agency to check how many off-budget workers were hired by state agencies, which would help promote transparency.