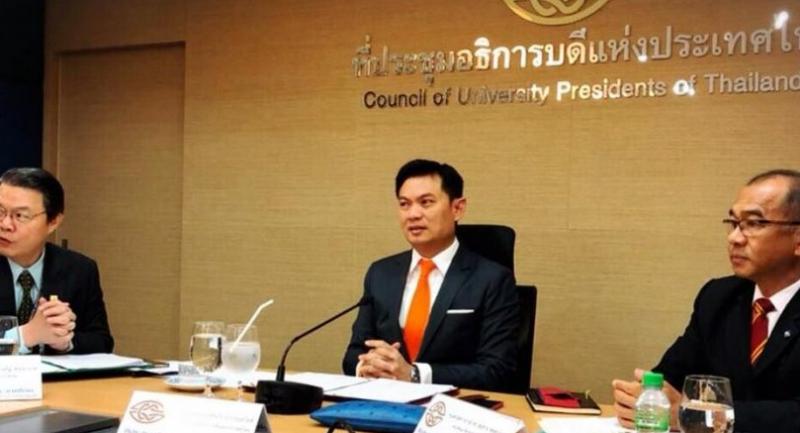 The Council of University Presidents of Thailand (CUPT) has set up three committees to improve the Thai University Central Admission System (TCAS) for the next academic year, its president, Suchatvee Suwansawat, said on Monday.

“We want young people to be confident that the CUPT will not abandon them,” he said.
“We have discussed the problems over the TCAS and set policy for universities. The CUPT will find a way to minimise students’ expenses in applying for university and will organise public forums to hear input from all the stakeholders.”
The new committees will study pros and cons, impacts and issues and within three months propose guidelines for TCAS implementation in the next academic year.
Former rectors Somkit Lertpaithoon of Thammasat University will lead a fact-finding committee, Chusak Limsakul of Prince of Songkhla University a committee for TCAS development, and Chailert Pichitpornchai of Sukhothai Thammathirat Open University a committee on developing an IT system for TCAS.
Used for the first time this year, the TCAS features five stages, each with different criteria.
No issues arose in the first two phases. The first one selected applicants based solely on their portfolios and the latter assigned places based on quota to specific groups of students.
The third stage, which gave every candidate the right to choose up to four higher-education options, was widely criticised.
The scores of each candidate in exams held jointly by the TCAS-participating universities determined whether they deserved admission.
Many top-scorers were offered places in more than one of their chosen programmes, so the TCAS required them to choose one by June 3, in what became known as the “3/1 stage”.
An outcry from students prompted the CUPT to add the “3/2 stage”, which made nearly 50,000 university places available for applicants.
Applications in the fourth phase were accepted between June 12 and 16.
To date, more than 180,000 applicants have been accepted in their preferred higher-educational programmes.