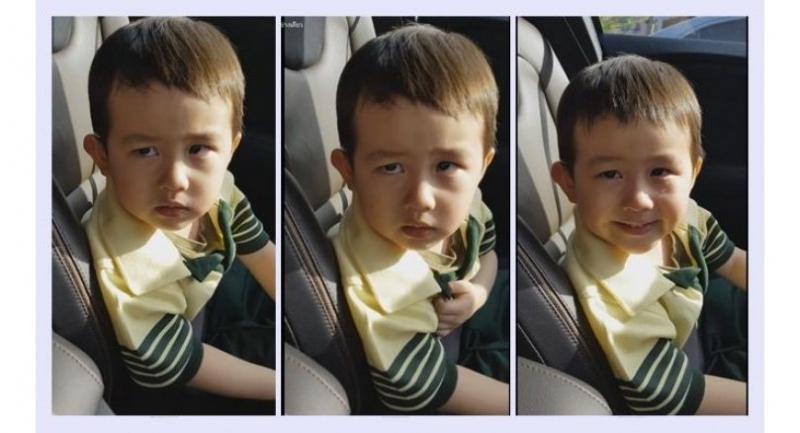 It at first appeared to be a normal video clip of a four-year-old boy trying to persuade his mother not to leave him for work. However, what the boy did near the end of the clip broke the heart of many of the viewers who shared the video posted on his mother’s Facebook page.

Some viewers wrote they had shed tears after watching it.

The clip was shot by Tae The Kavarin, who then posted it on her account. She recorded the conversation with her son, Kani, during a ride after she picked her son up from school.
The clip started with Kani telling his mother, “You do not stop working. Even a day.” His mother replied, “I have to work. How can I stop working?” "No, I don’t want you to go to work,”, said the young boy.
His mother asked who then would go to work.
“The daddy. I wish you would stay home with me, eating and sleeping,” said Kani. Trying to convince the mother, the boy said he would work when he grew up.
Why do you want me to stay home with you and not go anywhere, the mother continued the conversation.
“Because, because … heart is with you,” the boy said while tapping his chest.
“Whose heart is that?” The voice of the mother shook.
“My heart, Kani’s heart.”
Say it again, with whom your heart is, the mother said, apparently crying.
Kani repeated that his heart is with the mother.
The mother then asked the boy where her heart was.
“Your heart is in my heart,” the boy answered with tears in his eyes while tapping his chest again.
From the voice in the clip, it was clear the mother was crying, and she promised her son that she would not work the following day and instead stay with him. The kid then smiled for the camera.

The video clip was posted on August 3 and by Tuesday afternoon was viewed by 6.2 million viewers and shared by more than 60,000 people.