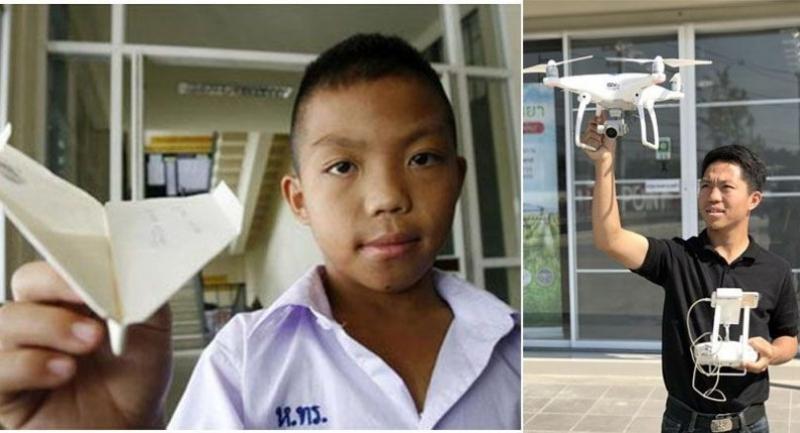 HOPES of becoming a Thai citizen are once again rising for Mong Thongdee, the migrant who represented Thailand and won a paper aeroplane competition in Japan 10 years ago.

The young migrant became a sensation after winning a national championship and then winning a medal in Chiba, Japan in August 2008. Though born on Thai soil, Mong, now 22, was not allowed to travel abroad as his parents were Myanmar Shan migrants. They live in Chiang Mai.

Mong broke into tears during a television interview ahead of the championship, which triggered sympathy from the Thai public. In response, then-premier Abhisit Vejjajiva had a temporary travel document issued for Mong, which allowed him to go to Japan and win a bronze medal.
Upon return, he was promised Thai citizenship since he had won a name for the Kingdom.

However, 10 years later, Mong is still a migrant.
He is completing his Grade 12 and wondering where he can go to continue his studies.
Mong’s story came up recently after three stateless Mu Pa footballers and their assistant coach were granted Thai citizenship.
The young footballers made world headlines after being rescued from Chiang Rai’s flooded Tham Luang Cave
After the authorities were slammed for overlooking Mong’s case, good news finally came from Venus Srisuk, director of the Bureau of Registration Administration. He said Mong had met the requirements to obtain Thai citizenship, but there was a catch – he had to complete a degree first.
“Regulations stipulate that a migrant child can get Thai citizenship once he has a Bachelor’s degree,” Venus said.
Luckily, there is another way out. Mong can apply for citizenship if his actions have helped society and the country.
Since Mong has won an international award for Thailand, the Bureau has called on the Science and Technology Ministry to confirm if the young man had participated and won an award. This document could help Mong get his citizenship.
Meanwhile, Mong said he was happy that the Mu Pa boys had got their citizenship and hoped he would become a Thai national soon, too.
“I don’t know where I will continue my studies. If I get a scholarship in a Bangkok university, I will end up worrying for my ageing parents. If I continue my studies in Chiang Mai, I will have to come up with my own funds,” Mong said.