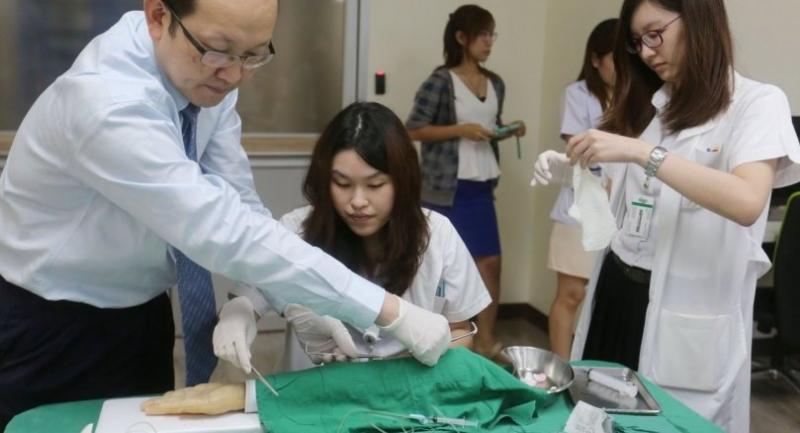 THE MEDICAL Council and 10 other professional bodies said yesterday that four articles in the Higher Education Bill would threaten human life and the country’s future.

The controversial articles seek to bar professional bodies from certifying courses at universities or dictating course content. If these articles go into effect, professional bodies will not be able to impose regulations on the practice of doctors, nurses, dentists, accountants, pharmacists, medical technologists, physical therapists, architects and engineers.

File photo
“Courses preparing students for professions related to patient care involve actual care of patients. Without good standards, people’s lives could be in danger,” the 11 professional bodies said jointly at a press conference.
Dr Khrieng Ausavarungnirun, deputy secretary-general of the Medical Council, said the public would be affected if medical schools produced unqualified graduates.
Siri-orn Sindhu, vice president of the Thailand Nursing and Midwifery Council, said students were affected when educational institutes could not provide quality programmes.
“We have found that while most – if not all – graduates from well-established nursing institutes can qualify for a nursing licence, no more than 10 per cent of [those from] new institutes can get a passing score,” she said.
This means most graduates from new institutes will end up working in jobs not related to nursing.
Siri-orn said 60 per cent of new graduates manage to qualify for a nursing licence every year.
“If the Higher Education Bill sails through without any amendment, this percentage will drop significantly,” she added.
Veterinary Council of Thailand’s president Thawatchai Sakphuaram said this profession can also not be ignored as vets take care of not just pets, but also livestock.
“This means veterinary professionals play a key role in industries that are worth over Bt100 billion a year,” he said.
Medical Technology Council’s board member Somchai Viriyayudhakorn, meanwhile wondered who would be in charge if professional bodies were not allowed to help regulate educational programmes. “We are not against the entire bill. We only oppose four controversial articles,” he said.
Borwornsak Uwanno, who chairs the Council of State’s ad-hoc committee on the Higher Education Bill, said his panel would take into account the opinions of professional bodies.