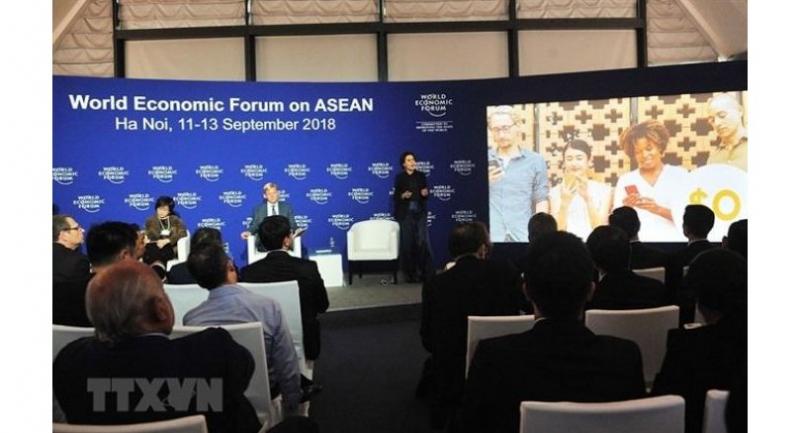 ASEAN unity and economic integration are the key factors for its members as trade tensions between the United States and China escalate, participants in a panel on the geopolitics of trade agreed at a session of the World Economic Forum on ASEAN on Wednesday.

They also called on ASEAN to strengthen collaborative resilience to navigate the adversarial climate caused by fractures between the world's two largest economies.

"We need to start taking the opportunity of what was already built several years ago and that is ASEAN," said Ignatius Darell Leiking, Minister of International Trade and Industry of Malaysia, as he spoke on a panel called 'Trade in Trouble: Navigating Geo-Economic Tensions'.

Alan Bollard, executive director of the APEC (Asia-Pacific Economic Cooperation) Secretariat, Singapore, said it was unclear how far relations might deteriorate, given the direction of global trade.

"But it doesn't look good at all."

"Back in the 70s and 80s we were often pressured by the US and we negotiated on many issues in almost all sectors," he said, adding that the solutions included both voluntary export restraint and import expansion, which helped calm trade stresses.

Beyond boosting intra-ASEAN trade to help protect the bloc from global disruption, Bollard pointed out that current circumstances have seen other countries step up to take the lead in major trade agreements, such as the Trans-Pacific Partnership (TPP) and may encourage others to follow suit.

"We are going through a period where we are seeing a bipolar world move into a multipolar one. Who would have thought that Japan would have taken leadership of the TPP? I never thought that would have happened and it has. Is it possible that India could do the same thing on RCEP?" he asked, referring to the Regional Comprehensive Economic Partnership.

"If you look at the silver lining, it is an opportunity for us to look at our competitive advantages," said Chu, "Hong Kong and ASEAN signed a free trade agreement last November and that is very interesting. Hong Kong wants to be more than a China bridge; we want to be at the centre of Asia looking at a closer relationship with Japan, with ASEAN, while at the same time contributing to China's road and bridge initiative."

Malaysian Minister of International Trade and Industry Ignatius Darell Leiking warned there was no time to waste and ASEAN leaders must embrace the reality that a solution is needed now, and from within.

"ASEAN negotiators should have in their mind that the intention is to see their neighbours prosper. If all our neighbours prosper together whereby we help each other, provide input into how to develop our countries, in an equal way," he said.

"Then we'll be alright."