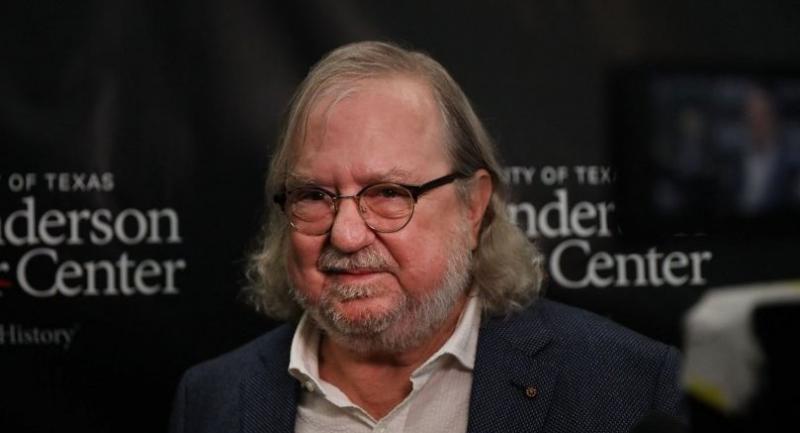 Two immunologists, James Allison of the US and Tasuku Honjo of Japan, won the 2018 Nobel Medicine Prize for research into how the body's natural defences can fight cancer, the jury said on Monday.

Unlike more traditional forms of cancer treatment that directly target cancer cells -- often with severe side-effects -- Allison and Honjo figured out how to help the patient's own immune system tackle the cancer more quickly.

The award-winning discovery led to treatments targeting proteins made by some immune system cells that act as a "brake" on the body's natural defences killing cancer cells.

The Nobel Assembly in Stockholm said the therapy "has now revolutionised cancer treatment and has fundamentally changed the way we view how cancer can be managed".

In 1995, Allison was one of two scientists to identify the CTLA-4 molecule as an inhibitory receptor on T-cells, a type of white blood cell that play a central role in the body's natural immunity to disease.

Allison, 70, "realised the potential of releasing the brake and thereby unleashing our immune cells to attack tumours," the Nobel jury said.

Around the same time, Honjo discovered a protein on immune cells, the ligand PD-1, and eventually realised that it also worked as a brake but in a different way.

On the website of his University of Texas MD Anderson Cancer Center, Allison said he was "honoured and humbled to receive this prestigious recognition".

"I never dreamed my research would take the direction it has," he said.

"It's a great, emotional privilege to meet cancer patients who've been successfully treated with immune checkpoint blockade. They are living proof of the power of basic science, of following our urge to learn and to understand how things work."

Honjo, 76, meanwhile vowed to push ahead with his work.

"I want to continue my research... so that this immune therapy will save more cancer patients than ever," he told reporters at the University of Kyoto where he is based.

The Nobel jury said that "for more than 100 years, scientists attempted to engage the immune system in the fight against cancer".

"Until the seminal discoveries by the two laureates, progress into clinical development was modest."

Antibodies against PD-1 have been approved by the US Food and Drug Administration as an investigational new drug and developed for the treatment of cancer.

Research by Allison's team has meanwhile led to the development of a monoclonal antibody drug, which was approved by the US Food and Drug Administration (FDA) in 2011 for the treatment of melanoma. It is known commercially as Yervoy.

Allison and Honjo have previously shared the 2014 Tang Prize, touted as Asia's version of the Nobels, for their research.

Other cancer treatments have previously been awarded Nobel prizes, including methods for hormone treatment for prostate cancer in 1966, chemotherapy in 1988 and bone marrow transplantation for leukaemia in 1990.

"This is just the tip of the iceberg -- many more medicines like this are on the horizon," University of Manchester immunologist Dan Davis said in a statement.

They will receive their prize from Sweden's King Carl XVI Gustaf at a formal ceremony in Stockholm on December 10, the anniversary of the 1896 death of Alfred Nobel who created the prizes in his last will and testament.

Monday's announcement was partially eclipsed by a Stockholm court's decision to sentence Frenchman Jean-Claude Arnault at the heart of a Nobel scandal to two years in prison for rape, in a scandal that emerged during the #MeToo campaign.

Arnault, 72, is married to a member of the Swedish Academy which selects the Nobel Literature Prize winner, and his cultural club Forum received generous funding from the Academy.

The scandal has led to a bitter internal dispute that has prevented the Academy from functioning properly, and as a result it postponed this year's Literature Prize until 2019 -- the first time the prize has been delayed since 1949.