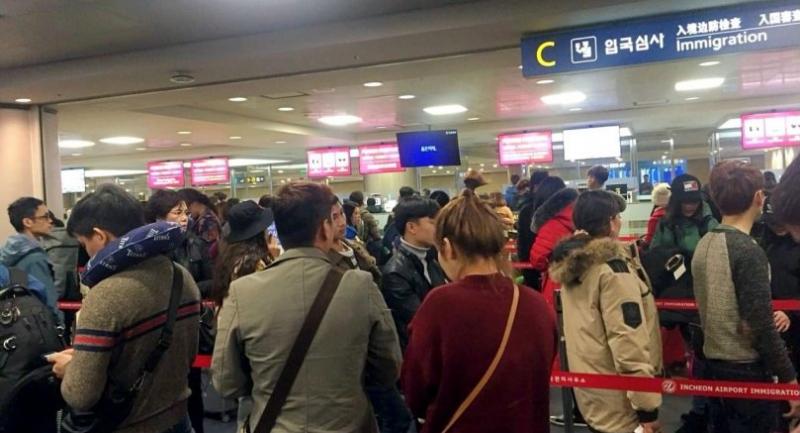 The South Korean authority has urged foreigners who have overstayed or are illegally working in the country to voluntarily leave before March 31, 2019 to avoid entry regulations.

People should voluntarily leave regardless of the length of their period of overstay, the authority said in a posting to the Korea Immigration Service website (http://www.immigration.go.kr/) and its Facebook page.

Many Thai media agencies on Tuesday played up the announcement as many Thais have sought to work without permits in South Korea with the help of brokers.
Experts quoted in Thai news reports urged that illegal workers take this opportunity to return, as their information would not be shared with their home country. They would also be able to re-enter South Korea at a later date by going through a proper channel in search of legal work, and so would be entitled to legal and rights protection, according to reports.
In the announcement, the South Korean authority also warned that foreigners caught in a crackdown against illegal employment in industries such as construction, adult entertainment or massage would be subject to immediate deportation and a ban of up to 10 years for entering South Korea. Their information could also be shared with their home government, according to the announcement.
Plans are in place to impose penalties, including suspension of business, on employment agencies supplying ineligible foreigners, the announcement said.
Those foreigners caught illegally working in the construction industry would be deported immediately regardless of their permitted period of stay as per the “One Strike Out” policy. The rule would be applied equally to all foreigners, including foreign students and family members of married immigrants, the authority said.