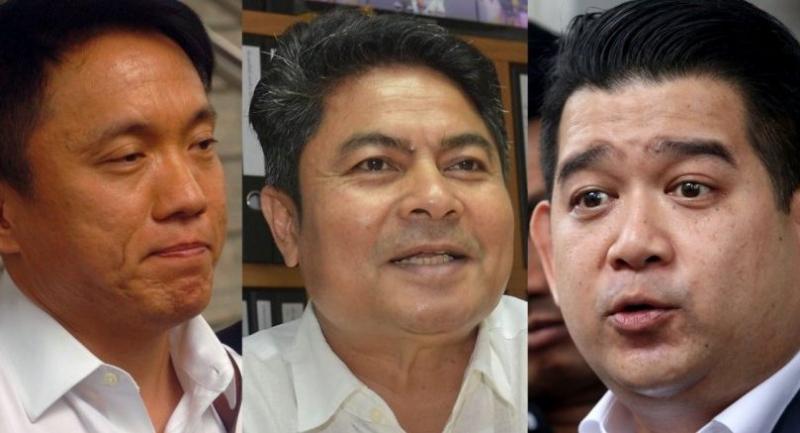 Libel drama ends as Democrats apologise to Yingluck in writing

Three Democrat Party politicians apologised to former prime minister Yingluck Shinawatra in writing on Friday for making comments viewed as sexually offensive against her while she was serving as prime minister in 2012.

Sirichok Sopha, Theptai Seanapong and Chavanond Intarakomalyasut offered their apologies in an open letter dated October 5. A copy of their letter was also posted in Sirichok’s Facebook message.
They also thanked Yingluck for offering to withdraw her libel lawsuit against them.
In February 2012, the three Democrats had used a term with double meaning when talking about the prime minister during their television programme. The term suggested a third party was having sexual intercourse with her.
During the programme, the trio were criticising Yingluck for failing to attend a parliamentary meeting and alleged she had instead met someone in a hotel room. The programme was broadcast on the satellite-based TV channel Blue Sky, which is run by certain Democrat politicians.
The three Democrats were found guilty of libel and sentenced to a year in jail and a fine of Bt50,000 each. The lower court suspended the imprisonment for two years, as the defendants had not been convicted. The appeals court upheld the ruling.
The plaintiff appealed against the ruling in the Supreme Court, which is scheduled to read its verdict on October 19.
In their open letter, the three politicians said they admitted that they had defamed Yingluck by making untrue comments against her. They said that they felt remorse and apologised to her.
“Ms Yingluck Shinawatra forgave us and said she would withdraw her appeal, allowing the three of us to be free from this case. We would like to thank her and announce this news publicly,” the letter said.
Yingluck has assigned her lawyer to withdraw the appeal on Monday in the case against the three Democrats, according to a source.
Meanwhile, Chavalit Wichayasut, a politician from the rival Pheu Thai Party, said Yingluck’s forgiveness to the three Democrats was tantamount to giving them a new political life. He added that the trio would have faced a difficult political life if they had been imprisoned a few months before a general election.
“Ms Yingluck’s gift of pardon serves as a good example to help the country get out of the conflict trap,” the politician said.