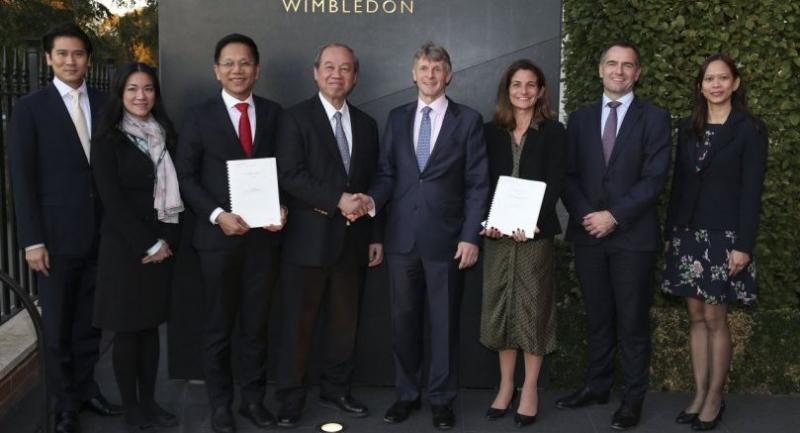 The movers behind King’s College International School Bangkok – a new institution set to be established at the heart of Bangkok through collaboration with the UK top-tier King’s College School, Wimbledon – aim to help turn Thailand into a leading education hub of Asia.

Excellent Education of Thailand (XET) has signed an agreement with King’s College School, Wimbledon to establish an international school offering a world-class education.
It will be built on Ratchadaphisek-Rama III Road, with plans for the first school year in 2020.

Founded in 1829, King’s College School, Wimbledon – widely known as King’s – is a top independent school in the UK.
Currently led by Andrew Halls, the headmaster, King’s is consistently placed within the top five schools in the UK’s national league tables.
Prof Sakorn Suksriwong, president of XET Group, said: “We have spent years researching and screening schools with best-in-class teaching standards and a shared vision to collaborate with. Then we met with King’s College School, Wimbledon and we were very impressed with not only the high academic-achieving results, but also the passion in educating children to become well-rounded individuals with high intellectual capabilities.
“XET Group was founded to achieve the goal of high-quality education, as this will benefit not only students and parents but also society and the country. As Thailand strives to rise above the middle-income trap, our society needs modern education that can meet the highest international standards… We truly hope that our King’s College International School Bangkok will be a driving force in Thailand to be the leading education hub in Asia.”
Lord Deighton – chairman of the governing body at King’s College School, Wimbledon – said: “We were very impressed with XET’s vision to establish one of the best international schools in Bangkok and their ambition to replicate King’s in Wimbledon so closely. Everybody at King’s immediately felt chemistry with the team from XET.”
King’s College International School Bangkok will cater for 1,500 students aged from two to 18.