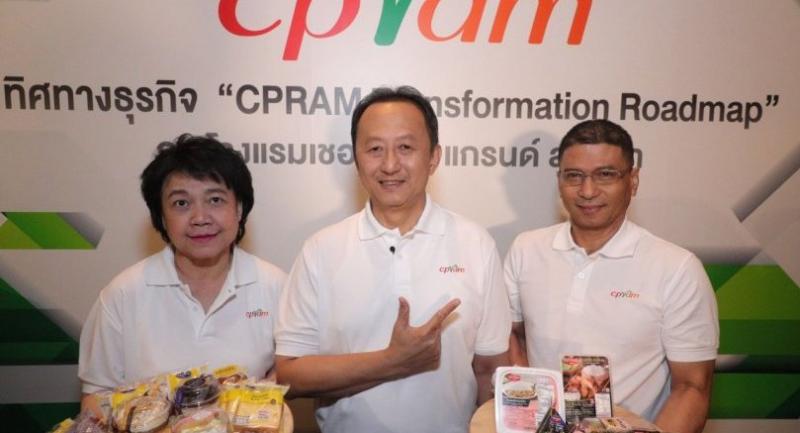 CPRAM Co Ltd, a producer and distributor of ready-to-eat food in Thailand and a leader in world standard food provider, has the policy to focus on business operations alongside social support and share good living for everyone.

CPRAM detailed the business direction of "CPRAM Transformation Roadmap" to announce the potential development plan for becoming a leading food provider and innovation in Asia.
Wisade Wisidwinyoo, president, said CPRAM targeted sales of Bt20 billion in 2019, with both in-depth market expansion strategies to meet the specific needs of consumers, and into regions throughout Thailand.
CPRAM has a proportion of sales of 65 per cent ready-to-eat food and 35 per cent of bakery products. Brands and services in the CPRAM group consist of Jade Dragon, Le Pan, DeliThai, Delicasia, CPRAM Catering, and Foodie:D brand, all sold through 20,000 7-11 stores, supermarkets, restaurants and stores nationwide, including exports around the world.
Wisade said the factories, which are Chonburi, Khon Kaen and Bo-Ngern at Pathum Thani. Moving further away from Bangkok, the company is also building new factories in Lamphun and Surat Thani with a total budget of Bt4 billion. In five years, CPRAM sees its total number of factories will increase the company’s current capacity by 50-70 per cent.
With the bigger capacity, the company said it can also strengthen the potential of economic growth and job creation, generate income. At the same time, the company can also strengthen its original equipment manufacturing services in providing raw and semi-cooked materials. This move will help CPRAM’s food produced takes a shorter time before distributing to the store (from 6-7 hours to 2-3 hours).
"CPRAM currently consists of seven factories — two in Pathum Thani, Bangkok, Chonburi, Khon Kaen, Lamphun and Surat Thani. Besides producing products delivered to 7-11 stores, supermarkets, restaurants and other stores in each region. From the nationwide menu which is a general menu that is sold throughout the country, CPRAM is exploring possibilities of regional food."
The company is also open to working with organisations that can contribute to furthering CPRAM’s research initiatives. Wisade said CPRAM is currently preparing to set up the FTEC (Food Technology Exchange Centre) based on technologies, including biotech, digitech and robotech, which will result in sustainable food development as well as enhancing the capabilities of Thai food industry from upstream to downstream.
“We will bring robot technology and automated production systems to work in factories at many points that have many workloads and high health risks,” Wisade added.