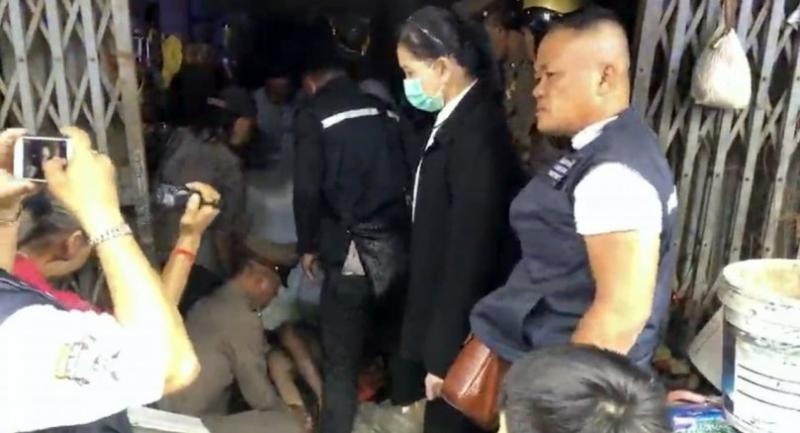 Bangkok’s Lat Phrao District Office will on Tuesday begin to clean a roadside shophouse, where an ailing, bedridden Thai man in his 30s was rescued on Sunday, in order to return it to a hygienic state.

It is thought the place is in such a poor condition it will take a week to make it inhabitable, Foundation for Women and Children head Paveena Hongsakul said on Monday.
Police went to the house and found the unnamed man lying half-naked on a floor full of rubbish after learning that he had called out to passers-by for help.
The man, who showed no signs of being wounded but was unable to walk or even extend his folded arms and legs, was thought to have cerebral palsy that hadn’t been treated since childhood, said Yanhee Hospital’s Medical Centre head, Dr Chawalit Lakhammee.
After being released, the man would be put on vitamins and a nutritious diet while getting regular physical therapy, the doctor said.
Police hadn't filed a charge of illegal detention against the man’s 60-year-old mother, as she was deemed to have no criminal intent, said Pol Lt Colonel Pratuan Malaengtab of Chokchai police. The mother has been delivering food and water to him for the past 30 years.
The Ministry of Social Development and Human Security’s One Stop Service Crisis Centre director, Darunee Manaswanich, said he would dispatch officials to talk with the mother in order to assess her physical and mental health and decide if she was capable of caring for her son.
Another team would visit her son’s house to assess the conditions he lives in before proceeding to apply for him to be paid a disability allowance.
Darunee said both teams would help the mother to care for her ailing son until she was able do it on her own.