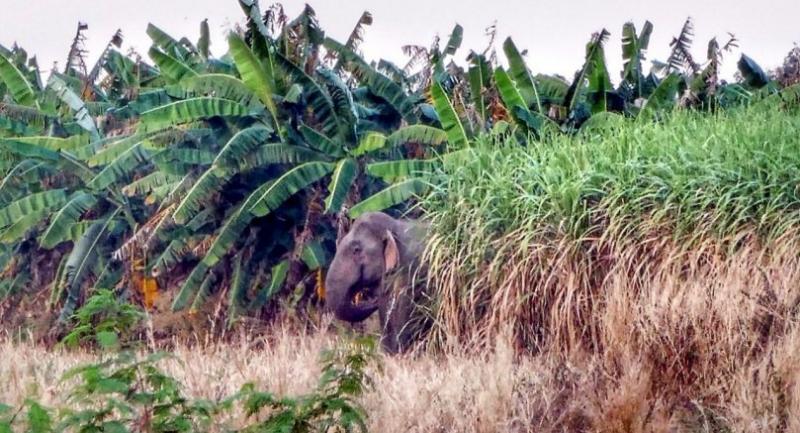 THE CABINET has given its approval for farmers’ insurance to include intrusion by wild elephants that destroys their wet-season rice and maize.

A budget of Bt1.74 billion has been set aside in 2019 to protect farmers against damage to their rice and a further Bt212.8 million for damage to their maize grain, which the farmers grow commercially for livestock animals' feed industry, said Natthaporn Chatusripitak, spokesman for the deputy prime minister in charge of the economy.

The insurance schemes have also been set up to provide two tiers of coverage, tier 1 for a basic insurance policy and tier 2 for a more comprehensive option, which caters both to those willing to pay more for greater protection and to those taking out insurance for the first time.
Besides the usual cover for flood, drought, storms/typhoons, cold weather/frost, and fire, the insurance schemes would now also cover damages caused by wild elephants’ intrusion, Natthaporn said.
Wild elephants have been a menace for decades to people living near forest zones across Thailand, with numerous cases of invasion of farms and houses.
The issue of wild elephants intruding on to farmland has been severe in recent years.

Many cases have made headlines, including one incident in Nakhon Si Thammarat province last month, in which 7-8 wild elephants from Khao Luang forest destroyed orchards in tambon Kha Noi, Sichon district for several days, prompting villagers to call for help from the authorities. The villagers claimed two elephants from the same herd had also been responsible for damaging property three years ago.
In November last year, 40 wild elephants intruded 100 rai (16 hectares) of farmland in Loei’s Phu Luang district and destroyed rice, corn and tapioca, as well as a hut and water containers. The attack prompted Phu Luang Wildlife Sanctuary officials and villagers to set up 15-strong teams to work in shifts around the clock to drive away the elephants. They also advised people not to go out at night due to the risk of elephant attacks.
Earlier last year, wild elephants in Chanthaburi also destroyed 30 durian trees, resulting in damage estimated at Bt400,000.
Increasing concern over the severity of the problem saw the matter being escalated and prompted the government’s inclusion of such a threat in the crop insurance.

It also led to a collaboration between WWF-Thailand and the Department of National Parks, Wildlife and Plant Conservation (DNP), resulting in officials fitting six specially made collars to six elephants at Khao Ang Rue Nai Wildlife Sanctuary in Chachoengsao province, since last December 22. The Sanctuary was designated a “red” area, indicating that it was a high human/elephant conflict zone and merited extra attention, in order to reduce the risk of human-elephant conflicts.
DNP deputy director-general Pinsak Suraswadi said during the project launch last month that the collars, which were imported from South Africa, would be used to study the movement of the pachyderms and help resolve the issue of them destroying crops.