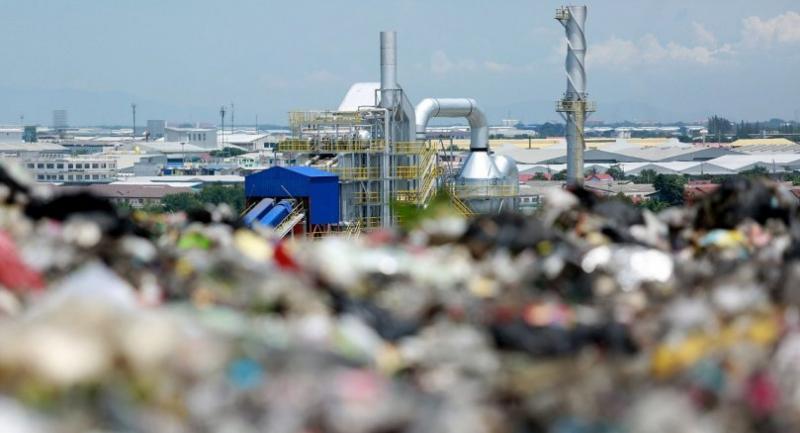 ACADEMICS have urged the authorities to slow down their large-scale waste-to-energy development policy, as it could severely harm the country’s environment and people’s health.

The Interior and Energy ministries disclosed that the government is offering more subsidies to further boost investments in waste-to-energy power plants at the local level by increasing the power purchase quota to 900 megawatts (MW) and allocating an additional budget of Bt2.5 billion to fund the junta’s waste management strategy.
Earlier this month, Interior Minister General Anupong Paojinda said that his time in the office will end soon, as the national election was approaching and the current government will have to step down.
He said the current administration has only a few months to speed up building of waste-to-energy plants in every potential locality in the country to bring to fruition their waste management strategy.
In order to deal with this issue, Anupong said the authorities have come out with more policies to push investments in waste-to-energy plants, such as allocating more quota for power purchase from waste-to-energy plants in the latest Power Development Plan, from the previous quota of 500MW to 900MW, so as to encourage more private investment in waste-to-energy projects.
Energy Minister Siri Jirapongphan said that an additional Bt2.5 billion was also allocated from the energy conservation fund to sponsor the Interior Ministry’s waste management strategy.
According to the Alternative Energy Development and Efficiency Department’s database, up until last November there were totally 33 operational waste-to-energy plants in Thailand, bringing the total installed capacity from waste-to-energy plants at the end of 2018 to 283MW.
Even though electricity generation from waste in 2018 increased greatly compared with Thailand’s installed capacity from waste-to-energy at only 65.72MW in 2014, this figure was still lower than the authorities’ goal to increase the share of power generation from waste to 410MW by the end of last year.
Sonthi Kotchawat, a leading environmental health expert, warned the country’s environment could not get cleaner by hastily investing in waste-to-energy plants. Instead, such careless development would trigger even larger impacts from hazardous pollution caused by waste power plants’ low environment protection standards and poor management.
The policy to build small, localised waste-to-energy plants was one of the core policies of the National Council for Peace and Order (NCPO), soon after the junta seized power after the 2014 coup. It announced the handling of waste problems to be a national agenda issue, while on May 2015, the Cabinet assigned the Interior Ministry and the Local Administration Department to be in charge of this task. The Local Administration Department explained that burning garbage for electricity was the chosen method, as it was the most efficient way to manage municipal waste.
Sonthi said the government’s idea to solve the country’s chronic waste problem could be pushed by jointly investing in waste-to-energy plants with private companies, who can provide the funding and technology that the authorities lack.
However, he pointed out that the government was wrongly promoting private sector investment by lowering the environmental protection standard and other regulations to the lowest possible level. This could result in serious environmental and health impacts to the local people and the ecosystems.
“The authorities need to be very careful about their plans to combat the garbage problem, as their radical efforts to encourage investment by the private sector will eventually seriously backfire on all of us,” he cautioned.
“Since the environmental protection standard of these new small waste-to-energy plants has been set at the minimum level, this solution – if it were to be fully implemented – would pose a risk to people from severely hazardous pollutants such as dioxin, while the leftover substances from garbage burning such as heavy metals and PM2.5 dust particles would contaminate the environment long after the plants are closed.”
In recent years, the NCPO has issued many special laws and ordered many regulation exemptions to make it easier for private companies to construct new waste-to-energy plants.
These privileges for the private investors allow the waste-to-energy projects to be constructed anywhere regardless of the city plan’s restrictions. The projects that are smaller than 10MW are exempted from conducting Environmental Impact Assessment (EIA), while the power to approve new waste-to-energy projects is also shifted from Natural Resources and Environmental Policy and Planning to the Interior Ministry and Energy Regulatory Commission.
Sonthi also stressed that because most waste-to-energy plants are small, these garbage power plants tend to have lower-than-average pollution control standards.
“This is because the investors of small waste-to-energy plants usually do not have enough budget to invest in expensive but efficient pollution-trapping system that is compulsory for larger waste-to-energy plants. So, these small waste-to-energy plants cause a lot of pollution,” he said.
Sonthi’s remark was confirmed by the waste-to-energy plant database of the Alternative Energy Development and Efficiency Department, which showed that only two out of 33 operational waste-to-energy plants in Thailand are larger than 10MW.
Meanwhile, the Local Administration Department said the lack of budget and technology to properly deal with garbage in their area was the reason why the private sector was being wooed to jointly develop waste-to-energy plants.
However, most of the local administrative agencies neither have sufficient budget nor technology to properly deal with the garbage in their area, so the authorities need the budget and technology from private sector to cooperatively develop and operate wastetoenergy plants.
Due to these serious flaws in the junta’s waste management strategy, Sonthi stressed that the government must stop its rush wastetoenergy development and reconsider its waste management strategy.
“I also would like to ask the new elected government to correct this strategy by building the large few wastetoenergy plants, which have higher pollution control standard, instead of small many wastetoenergy plants,” he said.
“The authorities should also consider enforcing the new laws to promote waste reduction and waste segregation among the public in order to make the waste recycling and management easier and more effective.”