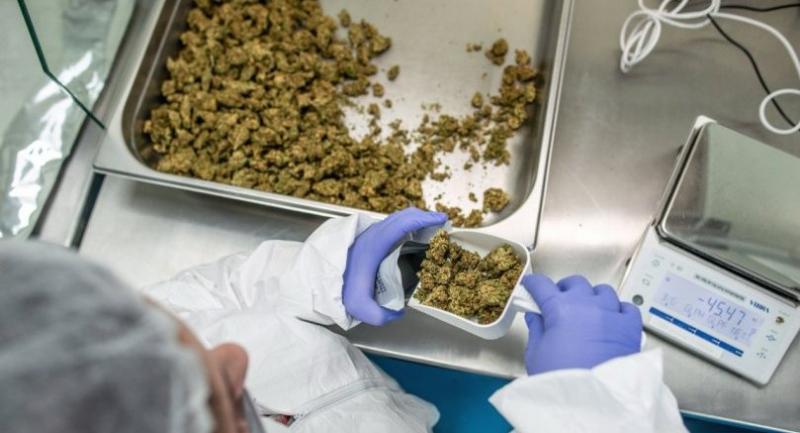 FDA open to outdoor or indoor cultivation; Chula lecturer warns of the negative side.

AUTHORITIES will allow both indoor and outdoor cannabis plantations as long as a proper mechanism is in place to guarantee plant quality.
“A closed system is a must. But that does not mean cannabis must be grown indoors only,” Food and Drug Administration (FDA) secretary-general Tares Krassanairawiwong said yesterday
He said growers needed to put in place good standards so as to guarantee the safety of the yields from their plantations.
“Cannabis will be used by patients. So, it must be free from toxic substances, heavy metals, fungi or any other harmful contaminants,” Tares said.
Tares is acting secretary of the Narcotics Control Committee, FDA is now playing a supervisory role over cannabis plantations and usage.
Although Thailand has already legalised medical marijuana, unauthorised cannabis usage and possession remain a crime. Current users and possessors can claim amnesty if they come forward by May 19.
Since authorities started accepting requests for amnesty late last month, 48 people with cannabis have so far made a voluntary disclosure. The FDA hotline has already answered about 3,000 inquiries related to cannabis. Those interested in growing cannabis to support research and to use for medical purposes, can check: http://www.fda.moph.go.th/sites/Narcotics/SitePages/MARIJUANA62.aspx.
Tares said community enterprises, for example, could seek permission to grow cannabis, too, if they collaborate with or work under the supervision of a government agency or a private university.

Tares
Rangsit University (RSU) has signed an agreement with the National Farmers Council for collaboration in growing cannabis for research, training and medical treatment.
It is widely believed that cannabis has |many benefits for patients, including cancer patients.
Earlier this week, RSU president Dr Arthit Ourairat described his institute as the only university that had for long conducted marijuana research.
“We are thus well prepared to handle research and the production of medicines for both modern medicines and traditional Thai medicines,” he said.
He said RSU’s collaboration with the farmers’ council would help integrate farmers into the pharmaceutical industry.
The council’s chairman, Prapat Panyachartrak, said many farmers knew how to extract useful substances from cannabis as they used pot for their health conditions.
“But they still lack solid knowledge. So, we trust that the collaboration with the RSU will deliver mutual benefits,” he said.

Thira
Dr Thira Woratanarat, a medical lecturer at Chulalongkorn University, however warned via Facebook that a recently released academic article pointed to the negative side of medical marijuana.
“Many countries are now trying to make a U-turn on the use of medical marijuana,” he said.
Thira said foreign countries that legalised medical marijuana decades ago are starting to recognise the negative impacts now.
The medical lecturer said the article, published in the February edition of the Journal of American Medical Association, suggested that research findings about cannabis being effective to relieve pain were not very solid.
Thira said the article also pointed out that patients with chronic pain felt more pain after four years of using marijuana in place of opioids.
“If social media continued to portray cannabis as if it were a miracle cure, the risks would soar,” Thira warned.
He said the medical world used to introduce morphine in the hope of stopping alcohol addiction but the problem did not end.
“In the end, some even introduced cocaine and the problem only got more complicated,” he lamented.
Thira said research has shown that marijuana can lead to addiction and gateway effects, or lead users to other types of narcotics.
“Some research has also linked marijuana to causing brain damage in children, memory problems, depression and road accidents,” he said.
Thira warned that road accidents could cause serious injuries and even deaths.