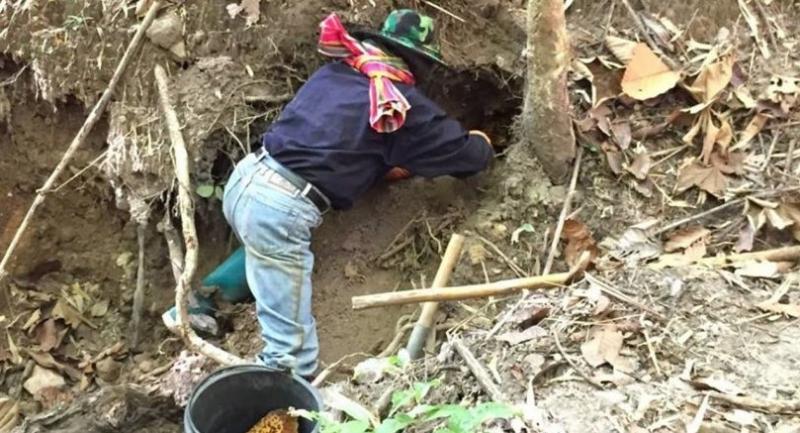 The much-awaited and controversial amendment of the 1961 National Parks Act was passed this morning with the National Legislative Assembly seeing 140 votes in favour, seven abstentions and one vote against.

The bill was tabled for the NLA to deliberate in the second and third readings along with its sister Wildlife Conservation Bill yesterday.
The deliberation, however, was not finished due to lengthy, heated debates over the last two articles concerning forest dwellers who have conflicting claims of land rights in forests with the state.

Discussions on the last two articles continued today before the NLA members voted to accept their content, which would allow forest dwellers and other communities to continue living in the forest, but with some limitations set, such as a limited period living in a forest and reduced access to forest resources.
Representatives of a forest group yesterday tried to disrupt a meeting and convince the NLA to scrap the two bills but they were apprehended by the police after they refused to stop making noise while members were discussing the legislation.
They were not charged but sent back to their campsite near Wat Benchamabophit a few blocks away.
Some 20 representatives led by P-Move, campaigning for forestry community rights, had demanded participation in the NLA’s discussions and were allowed to observe the event for around 15 minutes.
Without being able to contribute to the discussion about the bill, they made loud noises after leaving the chamber and insisted that they stay inside the compound.
The police said they urged the activists to stop, but they refused, so they were ejected.
P-Move led the forest residents’ representative to Bangkok in late February. They have been camping around the temple in an attempt to influence decision-makers on the legislation, which the group claimed would restrict community rights.
The group feared that the two bills would further restrict their rights of access to forests and natural resources.
The bills are part of major amendments to the acts on national parks and wildlife conservation which do not address how residents should live in the forest.
Some penalties to be imposed under the new bills are also seen as too harsh and further threaten residents, the protesters claimed.
P-Move is yet to announce how it will respond.