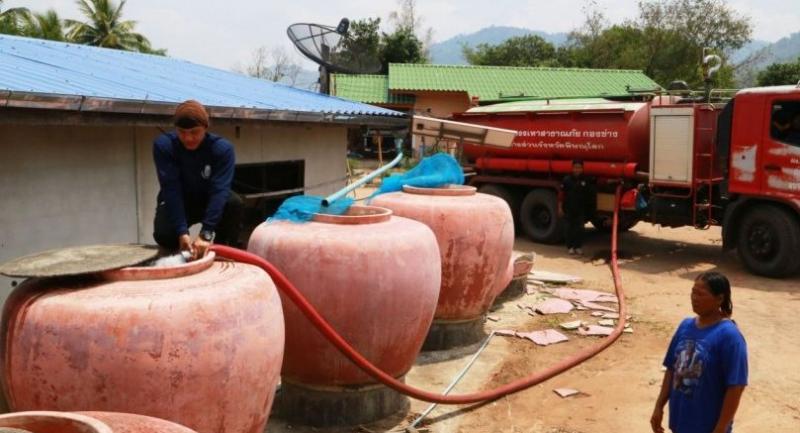 CHIEF of the Royal Irrigation Department (RID), Thongplew Kongchan, said yesterday that areas under the RID irrigated zones will not run short of water despite the El Nino effect, which is expected to prolong the dry season.
“The water we currently have is sufficient for use until May, with some backup during the early part of the rainy season,” he said, though he urged people to save water and advised farmers not to grow off-season rice, in order to reduce the risk of shortage.”
As for areas outside the RID-irrigated zones, analysis by the Office of the National Water Resources showed that seven provinces – Kanchanaburi, Chaiyaphum, Chiang Mai, Nakhon Ratchasima, Nakhon Sawan, Ratchaburi and Loei – faced the risk of water shortage, he said.
As many as 18 provinces, including Uttaradit, Kamphaeng Phet and Khon Kaen, risk running out of water for farming, Thongplew said.
The RID also has in place measures to provide aid based on the water-situation analysis provided by the Smart Water Operation Centre (SWOC), he said. Different regions face different issues, for instance the North is prone to water shortage, the Central region has to maintain the ecosystem as well as watch for intrusion of seawater, while the East also has to maintain its ecosystem and supply water for industrial and tourist consumption.
“The RID has dispatched 4,850 units of water pumps, water thrusters, excavating vehicles and water trucks to the seven RID centres nationwide in Chiang Mai, Phitsanulok, Khon Kaen, Nakhon Ratchasima, Ayutthaya, Phetchaburi and Songkhla, while officials are on hand to provide aid to affected people,” the RID chief said.

Price of limes rises
Meanwhile, the impact of the drought is already visible in Songkhla province, where the price of limes has soared to Bt120 per kilogram this year compared to the usual Bt100 per kilo in hot and dry April. In other seasons, the average price of the fruit is Bt60 per kilo.
Even overly-ripe limes, that usually fetch Bt100 per 3kg, are now being sold at Bt90 per kilo, a survey at the Hat Yai Fresh Market found.
In a related development, drought has prompted residents of tambon Sam Ngam in Sam Ngam district of Phichit province to join hands with local officials in building a temporary mid-river check dam on the fast-drying Yom River, to slow the flow and store water for consumption and farming.