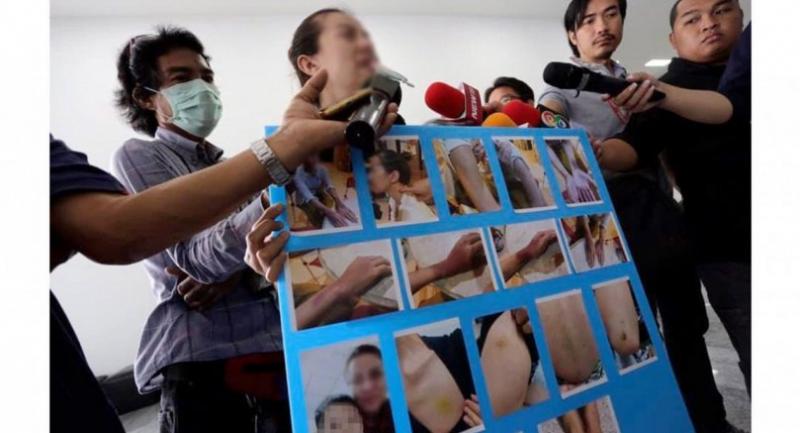 A former TV reporter filed a complaint with the Police Crime Suppression Division (CSD) in Bangkok on Wednesday alleging that her husband, also a journalist, has been subjecting her to physical and mental attack since she was four months into her pregnancy three years ago.

Dara (not her real name) put the assaults down to differing views on child raising.
After giving birth over a year ago, she turned to counselling – common among new mums nowadays. However, she said, her husband continued the abuse, claiming she was seeking counselling because she was mentally ill.
On April 16, her husband changed the locks in their home and stopped her from having access to their daughter. So, she filed a complaint with the Bangkok Noi precinct and had police officers accompany her home, Dara said.
Upon arriving, she said, her husband refused to let her in and challenged her to take him to court. However, her mother-in-law stepped in and promised to help negotiate matters, so Dara agreed to drop the complaint.
However, after a few days of living together, Dara said she was assaulted again, so she decided to call on CSD to help her gain access to her daughter and collect her belongings from the house.
Supensri Pungkhoksung, a women’s-rights advocate and executive at a gender-equality promoting foundation, who accompanied Dara to the house, said that though Thailand already has a law that protects women from domestic violence, officials do not provide timely aid to victims. Hence, she said, it was about time related agencies such as the police and the Social Development and Human Security Ministry stepped in.
Meanwhile, CSD deputy inspector Pol Captain Pichanon Pleumsud said Dara’s husband has agreed to deliver her belongings to police, adding that the child-custody issue would have to be determined in court. He also said that police were investigating the case, and once Dara has been medically examined, the husband will be summoned to give his side of the story.