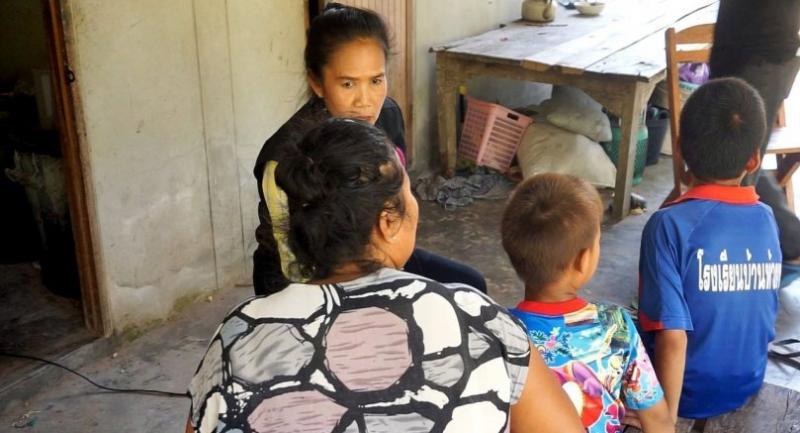 RELATIVES of four young children – three girls aged 6, 10 and 14 and a nine-year-old boy from the same family – say they are living in fear after accusing an influential local man of sexually attacking them.

The alleged assailant, the head of a rubber plantation in Chumphon’s Lang Suan district, is said to have raped and sexually molested the children over a number of years and is now on bail pending trial.
The family says the man has frightened the children by threatening them in various ways over the accusations.
Chumphon governor Wiboon Rattanapornwong yesterday sent provincial social development and human security office head Wallapa Kaewsawi and related local officials to visit the family’s house to provide aid to the children.
Three of them agreed to speak with the officials but the 14-year-old was reportedly so traumatised she refused to talk with anyone.
The family has now struck a deal with officials to send the three younger children to study and stay at another school in Tha Sae district in order to prevent them from being attacked or threatened again.

The older girl’s 52-year-old mother Jan (not her real name) claimed that the 50-year-old man – identified only as Surin (last name withheld) – threatened her family after his arrest.
Chumphon police chief Pol Maj-General Sajarat Saksilpchai, said he had instructed the case investigator to proceed with legal action against the suspect for alleged witness intimidation and to gather more evidence so they can prosecute him for the alleged sex crimes.
Jan said that she, her husband, their teenage son and two-year-old daughter, moved from Sakon Nakhon in 2007 to find rubber-tapping jobs in Sawi district.
They got to know plantation owner Surin, who was kind to the family and invited them to build a shack on his land in Tambon Bang Maphrao, Lang Suan district, she said.
Jan said Surin invited her daughter to his home but when the girl was seven years old she said he had been molesting and raping her over the previous five years.
She further claimed that Surin then offered her Bt20,000 not to mention the allegations to anyone and she accepted as her family lived on his land.
She did, however, try to stop Surin from taking advantage of her daughter again but the girl said she continued to be a target of his sexual advances.
Jan said she found out last month that her grandson, nine, had allegedly also been raped on several occasions since February 27 and that her two grand-daughters had also allegedly been assaulted by Surin on several occasions.
Jan said it was after she heard of the latest incidents that she decided to file a police complaint and furthermore, she said a medical examination of all four children backed up her allegations.
She said her family had now moved out of the area to stay on another community leader’s land.
Jan claimed that she decided to take the matter further and tell her story to journalists after Surin was behind an intimidating episode only this week. She said some men, driving around in a van, had shown photos of the four children to villagers in her new neighbourhood and asked for directions to the family’s new home. She took it as a threatening gesture and added that it made the family worried that they might not get justice.