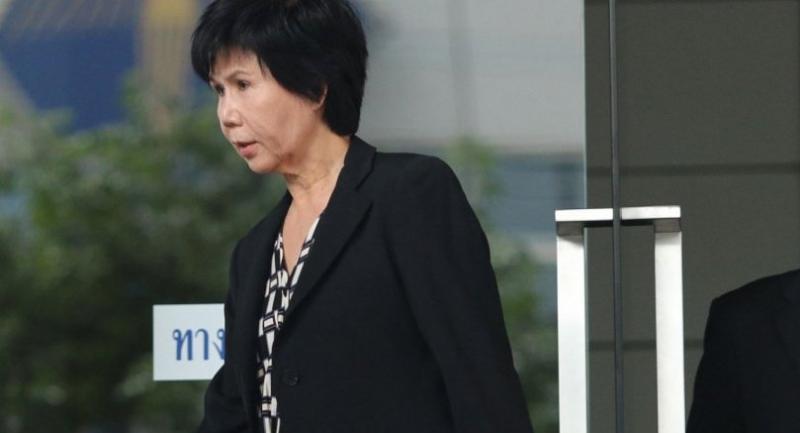 The Court of Appeals yesterday upheld the guilty verdict for bribery against a former Tourism Authority of Thailand (TAT) governor and her daughter.

It also sentenced both of them to lengthy jail terms, with Juthamas Siriwan, 72, getting 50 years in jail and her 45-year-old daughter, Jittisopa Siriwan, 40 years.
The Court of Appeals, however, chose to overturn the lower court’s order to confiscate Bt62 million from the defendants’ overseas bank account on grounds that the plaintiffs had not demanded the funds to be seized in the first place.
The jail term for Juthamas is the maximum courts can deliver for her crime, and the Court of Appeals, too decided that she remain behind bars for half a century.
The court, however, decided to lower Jittisopa’s jail term from 44 years – as ruled by the lower court in 2017 – to 40 years on grounds that evidence of her being involved in one of the 11 instances of bribery was not very clear.
The defendants were found to have received more than Bt60 million in bribes in exchange for granting US businessman Gerald Green and his wife, Patricia, the right to hold the Bangkok International Film Festival from 2002 to 2007.
The crimes were not detected until the Greens were investigated back home years later.
Thai public prosecutors arraigned Juthamas and Jittisopa in 2015, several years after Juthamas had given up the helm of TAT.
The defendants denied any wrongdoing, claiming that the Bt60-million-plus wired to Jittisopa’s and her friends’ bank accounts was payment for counselling Jittisopa had provided the Greens.
The Court of Appeals found the defendants’ claim unconvincing, pointing out that Jittisopa had no experience as counsellor and there was no reason why she would be paid such high amounts for such a service. Also, the money had been paid just two weeks before the company founded by the Greens won the right to organise the film festivals. It is reported that the couple earned huge amounts from the festivals.
The mother and daughter remained calm as the verdicts were read out yesterday.
Both have been behind bars since the court of primary instances found them guilty of bribery in 2017. Their bail request was rejected.
Their lawyer Suchart Chomkul said his clients have yet to decide if they want to take the case to the Supreme Court.
“We have to study the Court of Appeals’ ruling and discuss it with our team of lawyers first,” he said.
Public prosecutors, meanwhile, said the case against the duo had been filed before the new law governing corruption cases came into effect in 2016. “We will study the law carefully before deciding whether to take the case to the Supreme Court,” a prosecutor said.