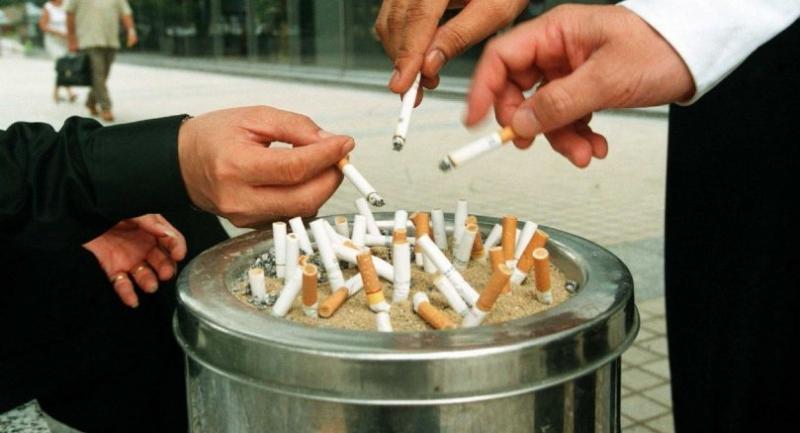 Though Thailand still has over 10 million smokers, who praises government’s efforts to curb addiction to cigarettes

SMOKING kills on average more than 72,000 people a year in Thailand, shortening their lives by about 18 years.
The alarming figures were highlighted at a press conference on World No Tobacco Day, which falls on May 31.
“Diseases associated with smoking such as lung cancer, emphysema, lung inflammation and tuberculosis are the main killers,” Dr Roengrudee Patanavanich, from Mahidol University’s Faculty of Medicine Ramathibodi Hospital, said.
She added that Thailand had 10.7 million smokers in 2017, of whom 72,565 succumbed to smoking-related diseases. On average, they lost about 18 years in terms of longevity.
The estimated cost of treatments, she pointed out, was about Bt77.62 billion a year.
The cost of lost income opportunities as a result of illnesses was Bt11.76 billion a year.
The financial cost of untimely deaths was estimated at Bt131 billion a year.
“In total, smoking has caused financial losses of about Bt220 billion a year,” Roengrudee said, emphasising the loss was much higher than the cigarette taxes that the government could collect.
She said cigarette tax revenue for the state was just about Bt68.6 billion.
Disease Control Department director-general Dr Suwannachai Wattanayingcharoenchai said cigarette smoke was dangerous not just for smokers but also for others.
“Just one inhalation of second-hand smoke brings hundreds of toxins into lungs,” he said.
Professor Dr Prakit Vathesatogkit, secretary-general of the Action on Smoking and Health Foundation Thailand, credited the late General Prem Tinsulanonda for initiating tobacco control in the country.
“In 1988, he assigned the Public Health Ministry to draw up a tobacco-control plan. Back then, there was no law to ban smoking but Prem banned smoking at Government House,” Prakit said.
He highlighted Prem’s contributions to tobacco control a day after Prem, who served as the prime minister between 1980 and 1988, passed away at the age of 98.
At the time of his passing, Prem was a statesman and president of the Privy Council.
Public Health Minister Dr Piyasakol Sakolsatayadorn said it was worrying that a significant number of children started smoking at the age of just 10. He said the government had lately introduced stricter measures to curb smoking in the country. For example, vehicles, offices and all public places are now declared smoke-free.
“At present, we have banned the sale of cigarettes to those younger than 20 years of age.
“We have also barred the sale of loose cigarettes, as well as the use of catch-lines and attractive designs on cigarette packets,” he said.
Piyasakol added that his ministry had implemented a project that required village health volunteers to encourage three locals in their area to quit smoking.

Counselling for addicts
“State hospitals under our ministry’s supervision have also provided counselling for those interested in giving up smoking.
“People can also easily call Hotline 1600 for advice on how to quit smoking,” he said.
Dr Daniel Kertesz, World Health Organisation (WHO) representative to Thailand, praised Thai authorities for their success in curbing smoking. This year, Thailand will organise |the World No Tobacco event under the “Cigarettes Burn Your Lungs” theme to highlight the damage |cigarettes cause to these crucial organs.
The event, set for Friday at Central Festival EastVille, will also include an award-presentation to individuals and organisations who have made outstanding contributions to the country’s tobacco control.
According to Piyasakol, smoking causes one death every four seconds on average at the global level.