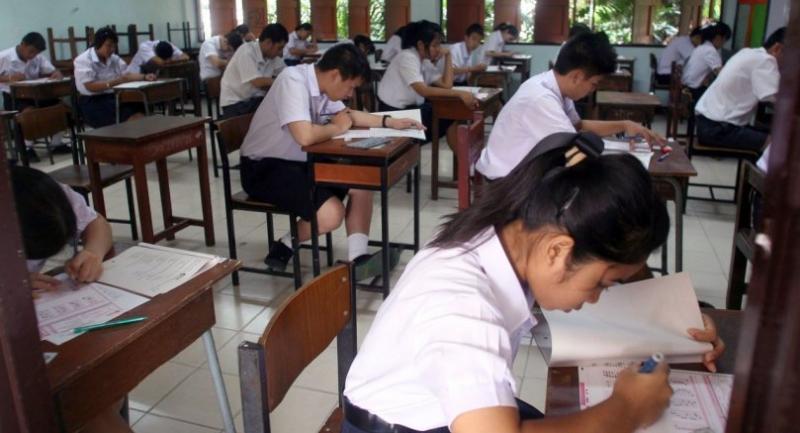 Many uni seats empty as round 4 of tests wraps up

ABOUT HALF of Thailand’s university seats remain empty for the next academic year after four of the five central admission system’s rounds have been completed.
This low number of students has sent a worrying signal to all universities in the Kingdom. Higher-educational institutes across the country joined the Thai University Central Admission System (TCAS) for enrolling new students, putting 445,464 seats up for grabs.
However, after three rounds, only 151,806 applicants have agreed to take the seats they are eligible for.
Then came Tuesday’s announcement of results from the fourth round, for which there were only 76,408 candidates. If all candidates agree to take the seats offered in the fourth round, there will still be 217,250 seats vacant.
“The falling birth rate is a key factor,” Peerapong Triyacharoen said yesterday in his capacity as assistant secretary-general of the Council of University Presidents of Thailand (CUPT). He also said that the popularity of some of the programmes also counted. For instance, he said, as many as 1,188 students had applied to the Prince of Songkla University’s Faculty of Nursing in the fourth round even though it had only 96 seats available. In the same round, 1,128 students vied for merely 35 seats at Burapha University’s Faculty of Nursing.
The Chulalongkorn University’s Faculty of Allied Health Sciences also had 1,078 fighting for the 110 seats available for them in the fourth round.
In comparison, only 376 science students showed interest in the 400 seats up for grabs in Silpakorn University’s Faculty of Arts. Similarly, competition for a seat at the Prince of Songkla University’s Faculty of Science was low, as only 502 applicants vied for 400 seats.
Only 234 students applied for the 320 seats on offer at the King Mongkut’s University of Technology North Bangkok’s tourism and hotel management programme in its Faculty of Business Administration and Service Industry.
Peerapong said students were clearly prone to choosing programmes that were widely talked about on social media.
“We plan to set up a team to analyse students’ behaviour in selecting education programmes,” he said, adding that the findings will guide the production plans of universities and show them what must be done to ensure their graduates take into consideration the country’s needs and government policies.
TCAS features five rounds, each one using different criteria in recruiting students. This is one reason why CUPT has resolved to no longer announce top scorers.
The first round, for example, focuses mainly on applicants’ portfolios, while the second round embraces a quota system. The third round selects applicants based on their scores from tests held across the country. The fourth relies on grade point average and scores from key national tests such as the Ordinary National Educational Test (Onet) and the General Aptitude Test (GAT). The fifth round – which will be open for applications from May 30 to June 10 – will feature direct admission.
The TCAS timeframe has put a strain on several universities, whose academic year starts next month. The tension is especially acute for relatively less known institutes, as they are left waiting to recruit students who failed to get a seat via TCAS.