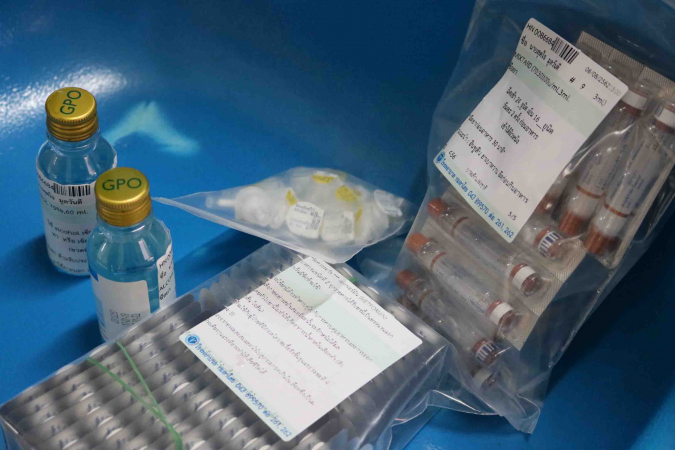 The Internal Trade Department will summon 43 private hospital to testify after they failed to meet a deadline to report their drug price lists to the department.

Wichai Photchanakij, director general of the department, said 43 out of 353 private hospitals nationwide failed to meet the July 31 deadline.
He said the committee controlling the median prices for goods and services issued order No 52 requiring that hospitals report their lists of the medications they are buying and selling, along with their prices, to the Internal Trade Department within July 31.
Wichai said the department is now in the process of sending summons orders to the 43 hospitals to explain why they have not produced the required reports.
Wichai said the department is empowered under the 1999 Goods and Services’ Prices Act.
He said if the 43 hospitals, of large, medium and small sizes, ignore the summons, their management could face a jail term of three months, a fine of no more than Bt5,000, or both.
He said a hospital that refuses to display a list of the price it charges for medications will be subject to a jail term of no longer than one year, a fine of no more than Bt20,000, or both. The management would also be subject to a daily fine of Bt2,000 until the price list is declared.
Wichai said the department would publish the price lists on its website and compile QR codes for hospitals to paste on their boards or in public spots for patients to compare prices lists.
Sakon Waranyu, chairman of the Trade Competition Commission, said the commission is studying the business structures of all hospitals nationwide to see whether certain hospitals are colluding to create unfair competitions.
If certain hospitals are found to be colluding to fix prices of medication or medical services to cause damage to their rivals, they will be deemed as violating the Trade Competition Act of 2017 and fined at the rate of 10 per cent of the damage caused, Sakon said.