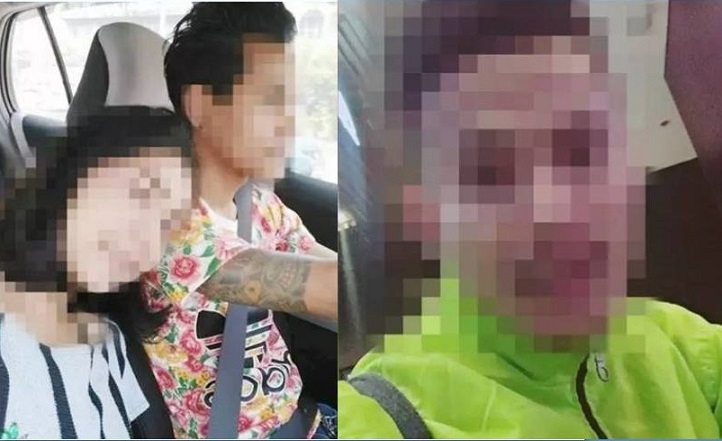 Police on Monday confirmed to the court that they would soon bring Krissanachok “Ole Wanjeab” Chaichana, 30, to apply for a court-issued detention order for the alleged fatal assault of his live-in 21-year-old girlfriend during an argument on the night of September 5.

He is now under a 24-hour police watch while being treated at a hospital, said Phetchkasem superintendent Pol Colonel Wutthichai Thaiwat.
Krissanachok was apprehended at 2am on August 7 at a roadside spot on Rama II Road in Bangkok inside the victim's Toyota Yaris car, as he tried to commit suicide by drinking toilet cleaning chemical and slitting his wrists. He is now in a stable condition at Kasemrat Hospital, and the court has approved an arrest warrant on the charge of deadly assault.
Police are waiting for a doctor's update on the suspect's condition to determine when they could bring him to apply for the court's detention order. Policemen remain stationed outside his door to prevent a follow-up suicide attempt or flight, Wutthichai said.
Police intended to bring the suspect to court on Monday. But after the deceased victim’s elder brother contacted police in the morning to object to a bail release, Wutthichai clarified that the force had already planned to object to bail for Krissanachok after the particularly brutal nature of this criminal case had shaken the public morale and received a lot of attention.
The case came into the public attention after the victim’s brother had on September 6 publicly posted on Facebook about the fatal assault of his sister and urged Thai citizens to help locate the suspect, who had sent the victim to Bang Mod Rama II Hospital and then fled.